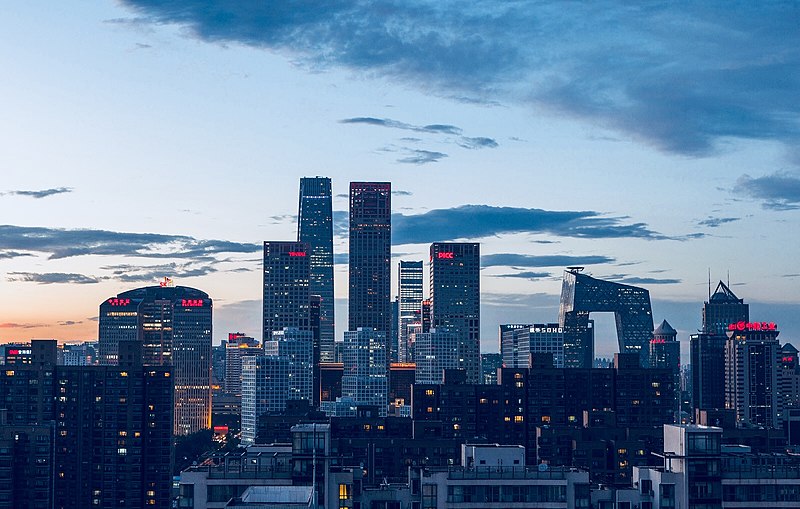 China and Beijing in Political Astrology. The Astrogeographical resonance coordinates of the capital, government and center of the national morphic field of China in Chinese history and astrological foundation charts.

Blog articles on China: 2002 SARS Coronavirus outbreak in astrology, The Sacred Mountains of China, The Forbidden City in Beijing, White Horse Temple – the first Buddhist Temple in China, The Longmen Grottoes at Luoyang, The Legendary Shaolin Monastery, The Lucky Coin Structure in Sagittarius, The Tian Tan Temple of Heaven, Libra as the sign of symmetry,  “Tower of Ring” and the punctuation of the landscape with a ringtower in Tianjin, Wuhan Coronavirus outbreak 2019-20 in astrology.

In mundane astrology astrological data of the foundation of countries, nations, parliaments and governments and birth data of heads of state are examined as indications of important central issues, time lines of development and all kinds of issues regarding the countries.

I want to show here how the astrogeographical data from my Astrological World Map calculation system can be used for a deeper examination of the relationship between transit cycles and the places on earth where events occur. After intense studies and comparisons of the astrogeographical resonance degrees of the places where national capitals are located with events I have come to the conclusions that their positions function as centers not only of the national politics and governments but also of the morphic fields of the nations.

Transits of the astrological planets in relation to the astrogeographical positions of governments often mark the important historical changes in the history of a nation.  Transits of the fast moving planets explain the triggering factors for the climax events of long term historical processes.  The quality of the transiting planet and the signs can be used for the more advanced and deeper evaluation of the meaning of important events and long-term processes.

China and Beijing in Astrology and Astrogeography

Astrogeographical position of Beijing for morphogenetic field level 1 which describes the supra-regional and international resonance of the capital and  government of China: For morphogenetic field level 1 the astrogeographical resonance coordinates of the central government area in Beijing are located at around 3° of highly energetic, magnetic, self-centered, royal fire sign Leo the sign of the Sun, light, power stations, the heart, kingdom, absolutism, centralism, monopolies, self-esteem, profile-neurosis and the need to surplus others and at 17° of dynamic, mental fire sign Sagittarius sign of thinking, philosophy, profit-orientation, expansion, priest castes (Mandarin, Brahmin), luxury, win-win situations, style, design, fashion, composition, ornamentation, lava, hell and probably the most important signs of corruption.

The combination of Leo with Sagittarius or Sun with Jupiter is known to represent royalty, kingdom and the absolutist rule of a single person, which in modern China is represented by the Prime Minister, the Pseudo Communist Party, State Monopoly Capitalism and the super-oligarchic hierarchy.

A simple formula here is: the expansionism (Sagittarius) of centralist rule (Leo). The astrogeographical coordinates of Beijing therefore resonate with the role of the place as the heart and center of monarchy and absolutism – explaining the choice of Beijing for the capital of an Chinese Empire as the ideal site for a centralist and absolutist political system.

Leo as an indication of superlarge and super-centralist empires

Together with Beijing all four of the super-large, super-centralist nations on pur planet: India, China, Russia and the USA have their capitals in one of the two major signs of centralism: Leo and Taurus:

This can serve as a verification for how highly supportive and even essential the position in the two fixed, centripetal signs Leo or Taurus is for the governments of superlarge mega-territories, superlarge mega-populations, super-centralist and super-dominant economies, state monopoly capitalism, super-colonialism, global super-powers and super-incomes.

The conjunction of the 2° and 3°Taurus (appeal for territorial hegemony) resonance coordinates of Moscow and New Delhi explains the intense collaboration and harmony between the two global superpowers. These astrogeographical features of these two nations coordinates are in an exact square to the 3°Leo resonance coordinate of Beijing with the appeal to emotional superiority, hegemony, absolutism and centralism.

This aspect explains a situation of intense competition and rivalry at the very basis of the relationships between Beijing and their territorial rivals Moscow and New Delhi.

Regarding the cooperation of nations with such conflicting aspects the foundation of the European Union with the capitals of its four founding member all in squares to each in the form of a Grand Cross has shown that a cooperation between conflicting nations as equal partners may turn out as a holistic solutions for such aspects. The question here will be: on which agreement of a largest or smallest common multiple could China (3°Leo) cooperate with a cooperation between Russia and India (3°Taurus) ?

Capitals of the Chinese provinces and Taiwan

Future Transits of the Outer Planets for Beijing

Pluto Transits through the Zodiac signs

Capitals of China in History

Astrogeographical Positions of Chinese Capitals Period I: Creation, Mythology and the legendary Xia period: the 3rd Millennium of Chinese History in astrogeography

I have to say that studying the “first millennium” (appr. 3000 BC. – 2000 BC.) of the traditional history of ancient China has intensely fascinated me. It comprises the transition from creation myths to a more and more humanized version of rulers and kings in the form of the semi-godly 5 (or more) mythological emperors and the legendary Xia dynasty.

There exist no known written records of Chinese history from the first 3rd nor 2nd millennium BC. The first known evidence of Chinese script did not appear before the important “Oracle Bone Scripts” which have been radiocarbon-dated around 1250 BC-1200 BC. The Oracle bone script was the ancestor of modern Chinese characters engraved on oracle bones—animal bones or turtle plastrons used in pyromantic divination and Oraculology.

The earliest securely dated event in Chinese history is the start of the Gonghe Regency in 841 BC, early in the Zhou dynasty.

The following table gives an overview of the astrogeographical positions of capitals mentioned in the traditions of Chinese history from the creation myths to the end of the Xia period.

For insights into the “state of the art” of scientific archaeological research regarding the Xia Dynasty see the article: “Toward an Archeological Reconstruction of the Xia Dynasty as History: Delineations and Methods”

Similar to Indian, Tibetan, Burmese and other Indo-Chinese mythologies the Himalayan mountain ranges play the role of the origin of the gods and their interactions with humans in Chinese tradition. Compare also: The Sacred Mountains of China in Astrology.

The astrogeographical resonance coordinates of Liushi-Shan the highest mountain of China and ideal seat of the mother goddess Nüwa are located at 11°Libra and 22°Scorpio.

In the foundation chart of the People`s Republic of China on Oct., 1 1949 (see chart below) the degrees that define the global resonance of Liushi-Shan (11°LI-22°SCO) are conjunct the position of the Sun at 7°Libra and of Venus the planetary ruler of Libra at 19°Scorpio.

Since Venus (female personality) and Libra (marriage, relationship, beauty, empathy) represent central aspects of the female archetype these astrological parallels between the foundation chart of the Peoples Republic of China and the Liu-Shan mountain indicate a surprisingly intense resonance between the “communist” Chinese state and this part of the national mythological inheritance.

The Wikipedia article describes the role of Nüwa: “As creator of mankind, she molded the upper-class individually by hand with yellow clay, and as she grew tired, she instead used a string to pull up the clay faster and form the lower-class. In the Huainanzi, there is described a great battle between deities that broke the pillars supporting Heaven and caused great devastation. There was great flooding, and Heaven had collapsed. Nüwa was the one who patched the holes in Heaven with five colored stones, and she used the legs of a tortoise to mend the pillars”

For morphogenetic field level 1 (region) which describe the supra-regional, international importance of the Liushan peak its astrogeographical resonance coordinates are located at 11°Libra and 22°Scorpio.

According to calculations made by astronomer, mathematician, historian Liu Xin who lived ca. 50 BCE – 23 CE) the beginning of the rulership of the Shang dynasty over the heartlands of China began in 1766 B.C and ended in 1122 B.C..

It fascinates me to hear that more recent historical research by David Pankenier based on Archaeoastronomy has speculated that the beginning of the rulership of the Shang dynasty began in 1554 BC through conclusions based on five planetary conjunctions and that his study had been supported by David Nivison who had earlier settled the date of the ending of the Shang dynastic rule to the year 1046 BC. through models based on archaeoastronomy. (Compare: Pankenier, David W. (1981–1982), “Astronomical Dates in Shang and Western Zhou”)

Nevertheless the proposed year of 1766 BC. appears of high relevance for important developments in the national morphic field of China due to the fact that the Saturn-Pluto conjunction of 5 May 1766 BC taking place at 13°32´ in Gemini (technology, infrastructure, transport, roads, language) and near the opposition to the 17° Sagittarius resonance coordinate of the “all-time” center of the national morphic field of the Chinese nation at Beijing. An astrological interpretation has to assume that this Saturn-Pluto conjunction in opposition to the capital indicates an intense challenge to the status quo in the heartland of China through technological and military innovations (Gemini).

The Zhou dynasty (1122 B.C. – 256 B.C.) was a Chinese dynasty that followed the Shang dynasty and preceded the Qin dynasty. The Zhou dynasty lasted longer than any other dynasty in Chinese history (790 years). The important role of the Zhou Dynasty is counted from 1122 B.C. but it was not until the final victory of the Zhou over the Shang in the Battle of Muye in 1046 B.C. that their dominance over the region of today`s central government area seems to have been complete.

Capitals of Chinese Provinces and Taiwan

The Foundation Chart for the Peoples`s Republic of China

Uranus` transit over the 17°Sagittarius position between January 1985 and October 1986 were accompanied by a 16% inflation rate that resulted in  the 1986 Student Demonstrations that were started on 5 December 1986 in the City of Heifei.

Uranus square transition to the astrogeographic position at 3° Leo between May 2018 (0°Taurus) and May 2020 (6°Taurus) could be challenging economic growth and political stability as the developing middle classes may demand more influence, personal wealth and expansion. The food sector (Taurus) may demand new technologies and ecological issues (Taurus as the sign of mother earth) more and more attention. This transit could also indicate opening up more and more to global political institutions such as a world government.

Uranus` transit over 17°Gemini  and in opposition to the central government in Beijing began in July 1945 (15°Gemini) and ended in May 1947 (19° Gemini). It brought the end of the Japanese rule through the capitulation of Japanese troops in China on 9 Sept. 1945 and started the final phase of the Chinese Civil War between 1946-1950 that ended with the eviction of Chiang Kai-shek`s troops to Taiwan.

The phase of Neptune´s transit in a square to the 17° Sagittarius astrogeographical coordinate of Beijing between April 2018 (15° Pisces) and February 2021 (20° Pisces) is to be understood  as an extremely challenging period for the Chinese government. Ecological issues should be confronted actively before this potentially destabilizing transit.

Neptune´s last transit over the square to Beijing from the 17°Virgo position between October 1935 and October 1937 brought the Japanese Invasion of China that was triggered by the Marco Polo Bridge incident on 7 July 1937:

Pluto`s transit conjunct the 3°Leo position of Bejing between August 1938 (Leo ingress) and June 1943 (5°Leo) brought the recuperation of the Chinese Red Army and the spreading of the influence of the Communist Party that laid the  foundation for the rise of the Communist Party to power between 1945 and 1946. As the ruler of Scorpio the sign of strongholds and self-defense as well as of dogma Pluto resonated with the strengthening of the communist ideology and also of the rise a new Chinese system of self defense.