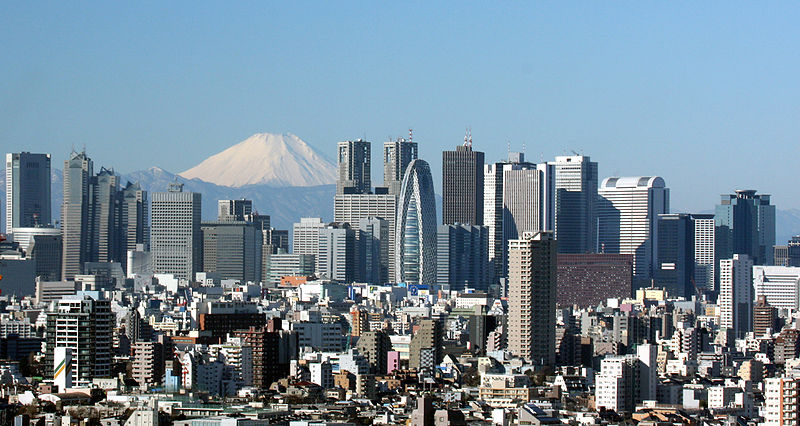 The astrogeographical position of Tokyo and transits of the outer planets in relation to the government of Japan. Political astrology & history and birth charts for Japan.

Japan in my blog: Mount Fuji in astrogeography, Uranus on Midheaven and in Opposition to the astrogeographical resonance degree of Hiroshima,

The astrogeographical position of Tokyo

According to Japanese tradition the country was founded by Emperor Jimmu in 660 BC. with its first capital in Kashihara in the Nara Province, with astrogeographical resonance degrees at 9°Leo and 13°Sagittarius. Before Tokyo was made capital of Japan in 1868 the capital and residence of the Emperor of Japan had been in Heian-kyō (平安京, literally “tranquility and peace capital”) since 794 AD. The astrogeographical resonance coordinates of Heian – kyo (Kyoto) are 29°Scorpio and 9°Leo. The resonance degree of 9°Leo the sign of centralism, royalty, kingdom seems to signify a central resonance topic for ancient Imperial Japan.

The astrogeographical position of Tokyo for morphogenetic field level 1 which describes the supraregional, global topics of the capital of Japan and its governments: Tokyo is located at 28°Virgo and 15° Scorpio.

The astrogeographical resonance between Japanese capital Tokyo (28°Virgo) and German capital Berlin (29°Virgo) can serve here for evaluation of the relevance and precision of my astrogeographical calculations. During the transit of Neptune over these positions between September 1940 (26°Virgo) and August 1944 (2°Libra) the 2 nations declared war against the superpowers USA and Russia in acts of self-destruction of the two nations allied under a fascist rule and paralysis of the people (Neptune) in relation to their governments.

The birth charts for Japan

Japan I: the mythological foundation in 660 BC under a Pluto opposition and squares from Neptune and Uranus

According to Japanese tradition the country was founded by Emperor Jimmu in 660 BC. with its first capital in Kashihara in the Nara Province. with its astrogeographical resonance degrees at 9°Leo and 13°Sagittarius. The parallel between the positions for Kashihara and those for Beijing (3°Leo – 17°Sagittarius) gives a good explanation for the Kashihara period as a period of strong centralism, rapid territorial expansion and economical growth in the Kashihara period.

The horoscope for the beginning of the new solar year of 660 BC (spring equinox) shows a Mars-Pluto conjunction opposite the important 9°Leo astrogeographical resonance degree of historical Japan (Kyoto and Kashihara) indicating a military occupation and Coup D`Etat as the origin of the coronation of the first emperor. It must have come in times of great threats to the territories through the Uranus – Neptune opposition between 4°Taurus and 6°Scorpio with both planets approaching the square position to the 9°Leo resonance degree of Imperial Japan.

The Uranus – Neptune opposition and Neptune´s square to the capital could indicate topics of spiritual reconnection, religious conflicts and the need to take on a foreign state cult. See the examples of the foundation of the Holy Roman Empire (962) and Catholic Poland (966) under conjunctions of Neptune and Uranus to the centers of the national morphic field!!

The exchange between Pluto the planet of fighting for power in Aquarius the sign of revolution with sign ruler Uranus in Taurus apart from a shift of of power from one social group to another also indicates the possibilities introduction of new technologies in food production and steps in the globalization of trade.

Fixed air sign Aquarius appears as an important factor at the basis of the foundation of Japan. As the sign of the strong winds and an important factor in earth quakes & tsunamis Aquarius could relate to important geographical and geological factors such as the position of South Japan on the Japan Median Tectonic Line. The “Fukushima earthquake and tsunami” on 11 March 2011 just after the ingress of Uranus as sign ruler of Aquarius into Aries and in opposition to the 2°Libra resonance coordinate of Fukushima gives proof of the important role of Aquarius in relation to the tectonic instability of the Japanese island systems.

The Constitution of the Empire of Japan called Meiji Constitution of 1889 was proclaimed on February 11, 1889 and enacted since November 29, 1890 until the May 2, 1947. The Meiji Restoration in 1868 had provided Japan a form of constitutional monarchy based on the Prusso–German model. The strong parallels between Tokyo and Berlin can be understood through the conjunction of the 29°Virgo resonance coordinate of both capitals.

The Meiji Constitution was promulgated with Saturn the planet of administrative and governmental rule at 16°Leo the sign of kingdom, monarchies and absolutism square to the astrogeographical resonance degree of Tokyo at 15°Scorpio. This constellation explains the pressure on the Japanese government through the emperor (Tenno)

The constitution of modern Japan was ratified and proclaimed during the heavy pressure from Pluto at 14°Leo exactly square the 15° Scorpio astrogeographical resonance degree of the Japanese capital. The fact that Pluto represents the ruling planet of the Scorpio coordinate indicates that the transformation brought about by the new constitution came under heaviest pressure on the Japanese government. Even more so because Pluto was conjunct Saturn in a constellation of foreign rule. On the other hand Saturn at 9°Leo was exactly conjunct the 9°Leo resonance degrees of the old capital at Kyoto and the historical first capital at Kashihara. The symbolism of this transit situation explains that the new constitution was effectively an act of reconnection with Japan´s historical roots at the same time.

The transit of Neptune conjunct the 28°-29°Virgo resonance degrees of Tokyo and Berlin during the German attack on Russia in June 1941 and the Japanese attack on Pearl Harbour in December 1941 explains the paralysis & intoxication of the population through the propagandist illusions, the self-destruction of the capitals, the nations and the people.

Compare: Uranus on Midheaven and in Opposition to Hiroshima

The first nuclear bomb in history was thrown on the City of Hiroshima some 700 km west of the Japanese capital Tokyo and 600 km southeast of South Korean capital Seoul. Both capitals Seoul and Tokyo have one astrogeographical coordinate at 28°Virgo.

The Sun in the very center (14°) of fire sign Leo the sign of the sun, light and power plants was conjunct Pluto the natural indicator for bombs at 10° Leo during the nuclear attack on Hiroshima. The Sun exactly square the 15°Scorpio resonance degree of Tokyo explains the energy set free by the light and heat storm caused by the nuclear bomb and its role to put pressure on the Japanese government. As the ruling planet of Scorpio Pluto took the role of the causer of the attack on his own territory.

The Hiroshima bomb was thrown with Uranus exactly opposite the 14°Sagittarius astrogeographical resonance coordinate of Hiroshima and the Sun – Pluto conjunction exactly square the Japanese government in Tokyo. Jupiter (Zeus) the arsonist (lightning) and ruling planet of Sagittarius the sign of hell was at 26°Virgo conjunct the 28°Virgo resonance degree of Tokyo.

Compare: The Fukushima event in astrogeography

The Fukushima earthquake on March 11 2011 with Uranus at 29°57`Pisces opposite the 28°Virgo resonance coordinate of Tokyo and Pluto at 7° Libra square to the midpoint between the 2° Libra & 12°Libra resonance coordinates of Fukushima triggered the Fukushima Daiichi nuclear meltdown that began day later on March 12 2011 after the Uranus ingress into Aries and into exact opposition to the 2°.

The Fukushima disaster occurred just at the end of the opposition transit of Uranus from 29°Virgo to the 28°Virgo resonance coordinate of the Japanese capital Tokyo explaining the topics of the impact of the tsunami, the disaster and contamination with radioactive material as part of a stimulation of reconnection with the abstract, holistic potentials of development and orientation of the national morphic field of Japan with its fuller potentials – demanding changes of direction in a number of fields of political, technological, economical and cultural orientation.

The Great Kantō earthquake struck the Kantō Plain on the main Japanese island of Honshū at 12:00 noon with the Sun conjunct the North Node at mid-heaven and opposite Uranus the planet of on the IC at 12 noon on Saturday, September 1, 1923. Varied accounts indicate the duration of the earthquake was between four and ten minutes. Epic firestorms and even a fire tornado added to the death toll, devastation and destruction of Tokyo, Yokohama and the surrounding prefectures. The earthquake also caused tsunami waves of 10 m height.

Because the earthquake struck at lunchtime when many people were cooking meals over fire, many people died as a result of the many large fires that broke out some of which developed into firestorms driven by winds from a strong typhoon that centered near the Noto Peninsula some 300 km north-west of Tokyo about the same time as the earthquake. Estimated casualties totaled about 142,800 deaths. The earthquake was followed by ethnically-charged civil unrest after the disaster (Kantō Massacre).

The event chart and astrogeographical transits

The astrological event chart for the Great Kanto earthquake in 1923 shows the most typical astrological situation for earthquakes one can imagine: Planets on the IC/MC axis – this time the strong gravitational pull of the Sun exactly at mid-heaven and Uranus on the MC (The San Francisco earthquakes of 1906 and 1989 ha Uranus at mid-heaven) indicating the sudden and intense discharge of tension through the movement of large quantities of material (Moon in Taurus in the south-west) in upward (UR conjunct South Node on the IC) and westward direction.

The conjunction of Jupiter at 13°Scorpio with the 15°Scorpio resonance coordinate of Tokyo seems to have manifested in his quality as ruler of fire sign Sagittarius and planetary resonator for lava fields, cremation and arson attacks and the unhindered expansion of cleansing fires and hell. A fire tornado that is thought to have incinerated 38.000 people in downtown Tokyo delivers a terrifying image of that simile of circling movements under Jupiter transits.

Neptune the astrological resonator of long-term holistic, regulative and corrective processes of reconnection with spirituality and often through destabilization was at 18° Leo square to the southern suburbs of Tokyo (15°-18°Scorpio) and the neighboring prefectures to its south. This Neptune transit explains the long term changes for the whole region caused by the destruction of the old cities

Astrogeographical resonance coordinates of the epicenter

The epicenter was located at Minamiashigara some 65 km south-west of Tokyo.

Astrogeographical position of the epicenter of the 1923 Great Kanto earthquake for morphogenetic field level 1 which describes the nation wide, supraregional and international topics of the catastrophic event: one coordinate is located at 22°Scorpio – the 2nd at 19°Virgo.