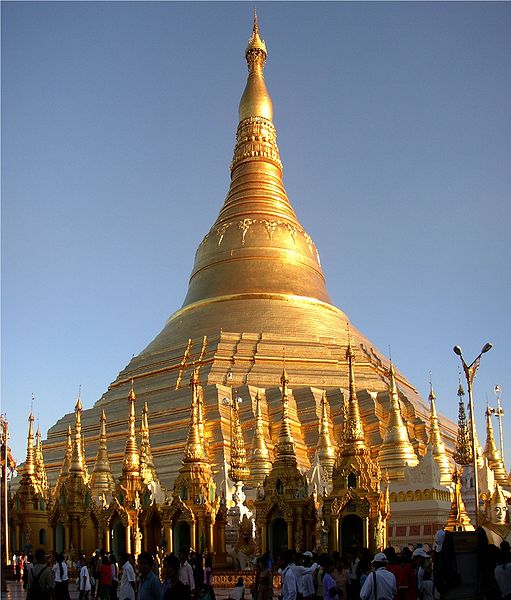 Capitals and History of Myanmar in astrology

Naypyidaw is the capital and third-largest city of Myanmar. Its construction started in 2002 and was completed by 2012.

Astrogeographical position of the City of Naypyidaw for morphogenetic field level 1 which describes the international, supra-regional resonance of the capital of Myanmar concerning its government, politics and the center of the national morphic field (nation): the capital of Myanmar is located at 14°Aries and 7°Sagittarius.

The capitals of Myanmar in astrogeography

An astrogeographical study of the important astrological resonance degrees of Myanmar and Burmese history has to consider the central strategical importance of the astrogeographical longitude resonance of the Irrawaddy Valley in the center of Burma with fire sign Aries. This is reflected in the fact that all important capitals in Burma are located in Aries except Bagan located on the last degree of Pisces but right next to the first degree of Aries.

This strong Aries resonance of the heartland of Burma/Myanmar can be taken as the central astrological indicator of the Burmese mainland and an important factor in Burmese politics. That does not mean that Burmese culture should be judged as a straightforward analogy to Aries on an international scale of comparison. But the Aries influence on Burma can explain the strong military focus and the tradition of military strength of the Burmese kingdoms and the nation of Burma and Myanmar.

The Bamar or Mranma are a Southeast Asian Sino-Tibetan ethnic group that invaded the territories of Myanmar (Burma) in the early 9th century. Their language is identified as a Sino-Tibetan language.

Astrogeographical position of the City of Bagan for field level 1 (supraregional, global resonance): 29°Pisces and 2°Scorpio.

The city-state of Pagan is assumed to have been founded by the Mranma  that originate from the Nanzhao Kingdom in the Chinese province of Yunnan with its capital Taihe (near Jianchuan, Dali) located at 29°Taurus and 23°Gemini. The kingdom grew out of a small 9th-century for over the next two hundred years, to gradually absorb its surrounding regions until King Anawrahta founded the Pagan Empire around 1050, for the first time unifying under one polity central Irrawaddy valley and its periphery.In the 12th and 13th centuries, Pagan, alongside the Khmer Empire, was one of two leading empires in mainland Southeast Asia.

The Ava Kingdom ruled upper Burma from 1364 to 1555. Like the small kingdoms that preceded it, Ava was led by “Bamarised” Shan kings who claimed descent from the kings of Pagan. ‘Shan’ is a generic term for all Tai-speaking peoples within Myanmar (Burma). Today the capital of Shan State is Taunggyi, the fifth-largest city in Myanmar founded in 1894. Originally the Shan are assumed to have migrated to Burma from the Yunnan province of China.

The kingdom was founded by Thado Minbya in 1364  following the collapse of the Sagaing and Pinya Kingdoms due to raids by the Shan States to North Burma.

The Toungoo dynasty was the ruling dynasty of Burma (Myanmar) from the mid-16th century to 1752. At its peak in 1580 Toungoo Empire was the largest, strongest and one of the richest empires in Southeast Asia. The dynasty originated from the city of Taunggo located at 18°Aries and 25°Sagittarius.

The Taunggo Empire was founded in 1510 under an opposition between Uranus and Saturn over the astrogeographical longitude coordinates of the cities of the Irrawaddy Valley that mark the center of Burma.

The British conquest of Burma began with the First Anglo-Burmese War between 5 March 1824 – 24 February 1826. It was the longest and most expensive war in British Indian history. The Burmese defeat ended the military strength of the Burmese kingdom and led to its decline. Burma lost several of his Northern provinces and the important coastlines of the Arakan Province and Tenasserim.

British rule in Burma lasted from 1824 to 1948, from the successive three Anglo-Burmese wars through the creation of Burma as a Province of British India to the establishment of an independently administered colony, and finally independence.

The final event in the British conquest of Burma was the surrender of the Burmese Army on 29 November 1885 under an exact square Uranus – Saturn square.

Japanese conquest and occupation of Burma 1941-45

The Japanese attacks on Burma started on 14 December 1941 against the southernmost point Kawthaung (Victoria Point). The Fall and burning down of Rangun by the defending British Indian Burmese army occurred on 7 March 1942 followed by the Japanese occupation of Burmese territories from South to North until 26 April 1942.

The astrological chart for the declaration of Burmese independence is an interesting example for studies on election of time and date for important political events in political astrology. It has to be noted that Burmese astrology is derived from Indian Astrology and therefore based on the twelve-fold Greek zodiac and probably in the sidereal version which means that the resonance and parallels between the zodiac signs and the solar year is neglected. Furthermore it can be assumed that only the 7 classical planets (SU, MO, ME, VE, MA, JU, SA) and the two nodes (RA, KE) were considered. This must be why the choice of a relatively depressive Moon – Neptune conjunction escaped the astrologer`s awareness.

The 1962 Burmese coup d’état on 2 March 1962 marked the beginning of 26 years of political dominance of the army in  Myanmar. In the first 12 years following the coup, the country was ruled under martial law. The military replaced the civilian AFPFL-government, headed by Prime Minister U Nu, with the Union Revolutionary Council, chaired by General Ne Win who dominated Burma as one-person Prime Minister and President from 1962 to 1974.

Important reasons for the coup were the constant rise of criminal rates under the new democratic system, the installation of anti-communist Chinese Kuomintang forces by the USA in North Burma, the US-British possession of the oil fields and production and the problems caused by of the Cold War situation.

Not all politics decided for by the new pseudo-socialist military junta were a step back in regard to the self-liberation of the Burmese nation: the oil industry, previously controlled und control of American and British companies was ended and the government-owned Burma Oil Company, monopolized the Burmese oil production. In August 1963, the nationalization of basic industries was achieved. Both decisions allowed Burma to regain import parts of its economic and industrial resources from the colonial powers.

The 8888 Nationwide Popular Pro-Democracy Protests were a series of nationwide protests, marches and civil unrest started by students in Rangoon and joined by Hundreds of thousands of monks, children, doctors and common people. The uprising ended on 18 September after a bloody military coup by the State Law and Order Restoration Council (SLORC). Thousands of deaths have been attributed to the military during this uprising. During the crisis, Aung San Suu Kyi emerged as a national icon. In the election in 1990, her party, the National League for Democracy, won 81% of the seats in the government – but the Military Regime refused to recognize the results and Aung San Suu Kyi put under house arrest until 2010.

The 2021 Myanmar coup d’état began on the morning of 1 February 2021 when democratically elected members of Myanmar’s ruling party, the National League for Democracy, were deposed by the Tatmadaw —Myanmar’s military. The Tatmadaw proclaimed a year-long state of emergency and declared power had been vested in Commander-in-Chief of Defence Services Min Aung Hlaing. It declared the results of the November 2020 general election invalid. The coup d’état was staged the day before the Parliament of Myanmar was due to swear in the members elected at the 2020 election.

As the capital has been transferred from Yangon (14°Aries – 17°Aquarius) to Naypyidaw (14°Aries – 7°Sagittarius) in 2005 it has to be examined whether or not or in how far an antagonism between the astrogeographical resonators of the traditional capital and the center of the national morphic field on one side and the new capital and the government and institutions located there is effective.