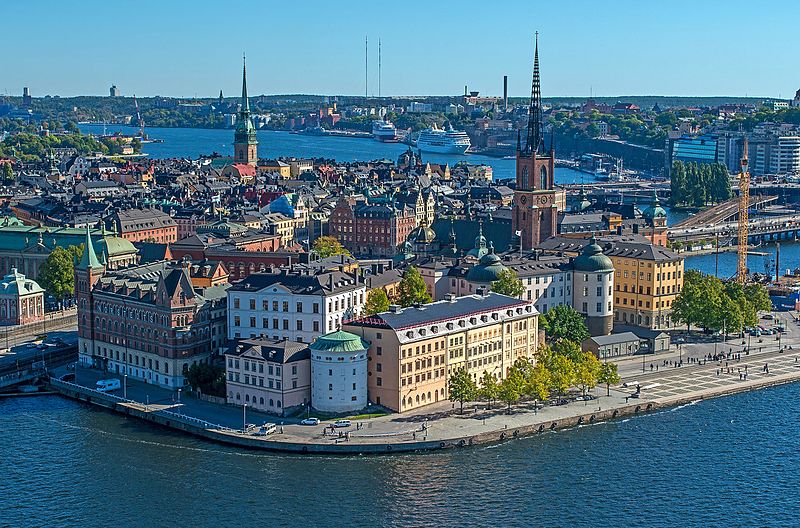 The astrogeographical position of Stockholm. Transits of the outer planets in relation to the capital, government and center of the national morphic field of Sweden.

The astrogeographical position of Stockholm

Astrogeographical position of the City of Stockholm for morphogenetic field level 1 which describes the international, supra-regional resonance of the capital of Sweden concerning its government, politics and the center of the national morphic field: Stockholm is located at 7° in self-protective earth sign Virgo the sign of reason, health, protection of nature and plants and 16° in dynamic male fire sign Aries sign of action, speed, warfare, strongholds, motors, ignition. Virgo may be understood as an aspect that resonates with the neutrality status of Sweden from early 19th century until 2009.

Natal and Foundation Charts for Sweden

A mythological history o Sweden published in 1554 presents a list of Swedish kings that goes back as far as 2259 BC with the biblical Magog as its first in the line of ancestors. The first written source that mentions the Swedes was the Germania by Tacitus in 98 AD.

The Reign of Eric the Victorious from 970

The list of Swedish monarchs is drawn from the first kings known to have ruled both Svealand (Sweden) and Götaland (Gothia) – which are thought to have been two separate nations before that.

The first king mentioned in that list was Erik the Victorious born 945 who is assumed to have become King of Sweden in 970 – the era of the christianization of Northern Europe under the Uranus-Neptune conjunction of 965 with the effect of the introduction of written history. The conjunction of 965 occurred at 11°Libra. On the following years Uranus as the planet of globalization and Neptune as the indicator of territorial destabilization both transited the opposition degree to the 16°Aries resonance coordinate of the national morphic field of Sweden with ist long-term impact. Though Gamla Uppsala (1°Aries- 1°Virgo) happened to be the capital area at the time of Erik the Victorious the resonance with coordinates of the Stockholm, where the capital was later transferred later is to be considered as the relevant position. Compare the examples from other articles on capitals from the list at the top..

The unification of Svealand and Götaland is to be understood as a result of the opposition transit of Neptune – who was at 19°Libra and in straight opposition to the 16°Aries resonance coordinate of Stockholm.

The Foundation of the Vasa Dynasty

The election and inthronization of Gustav I Vasa as King of Sweden started a historically important era – with the Swedish Liberation from a Danish occupation (1521-23) in 1523 and the Swedish Reformation and independence from Rome in 1527. The chart shows a Saturn – Neptune conjunction at 8°-9°Pisces in exact opposition to the 7°Virgo resonance coordinate of Stockholm in a constellation to be compared to the reunification of Germany in 1989 under a Saturn-Neptune conjunction opposite the capital.

The Foundation Chart for modern Sweden