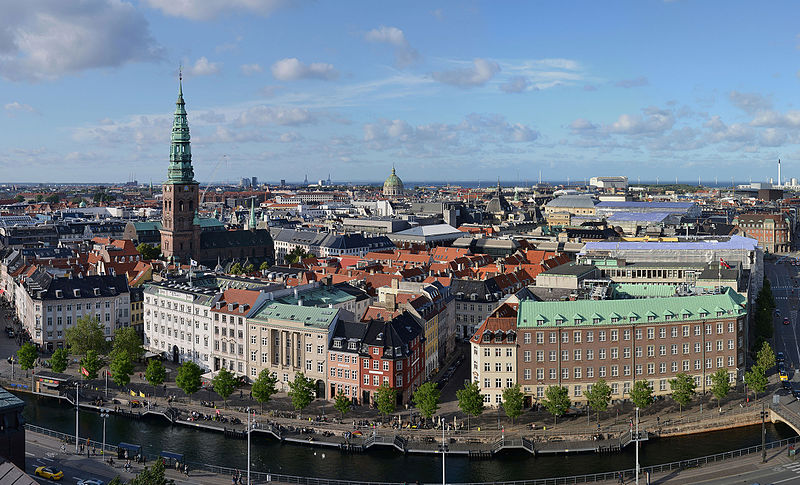 The astrogeographical position of Copenhagen

The astrogeographical position of Copenhagen for morphogenetic field level 1 which describes the international and global resonance of the capital and political center of Denmark is: the astrogeographical resonance coordinates of Copenhagen are 1° Cancer and 14°Cancer the sign of emotional independence, identity and individuality, fertility, motherhood, pregnancy, ancestors and the most important astrological factor for emotional authenticity in modern art and culture. The fact that the national morphic field of Denmark found its central capital in Cancer the sign of lakes, islands and coastlines as the natural habitat of crabs directly resonates with the land of islands and coastal territories seems only natural.

The Birth Charts for Denmark

The danish constitution was a result of the european-wide democratic movement during the Pluto-Saturn conjunction of the years 1848-50. While attempts to get to a modern constitution failed in most other countries it was successful in Denmark. The Mars-Saturn conjunction between 13° and 6° Aries the sign of german culture might indicate that a large part of the pressure on the Danish governments which led to the new constitution was an effect of the Frankfurt National Assembly of 1848/49 and the rise of german nationalism and the threat from the expectable foundation of the first german national state (in 1871). The rise of the prussian german national State caused a strong threat to Danish territories and resulted in the 2nd Schleswig War of 1864.

Gorm the Old as a 1st King of Denmark with

The exact date of origin of the Kingdom of Denmark is not established, but names of Danish kings begins to emerge in foreign sources from the 8th century and onwards. Danish and Nordic legendary stories, chronicles and sagas often have accounts of Danish kings and dynasties stretching further back in time than the 7th century.

The year 936 marked the beginning of more exact written records on the danish kings through the beginning of the reign of King Gorm the Old. The astrogeographical transit which explains the change brought about by the appointment of Gorm the Old was the ingress of Pluto in water sign Cancer and straight onto the 1°Cancer resonance coordinate of what later became the capital of the national morphic field of Denmark. For more examples of the importance of the astrogeographical resonance coordinates of central capitals for events in the history of nations see my articles on the astrogeographical positions of Berlin, Warsaw, Ottawa, Canberra, New Delhi, Tokyo an many others.

The effects of Plutos ingress into Cancer and onto the national capital coordinates of Denmark can be examined in an assumed deeper transformation of social life, defense systems, culture and technology. But it has to be noted that Pluto over the central degrees of the national morphic field (1° and 14°Cancer) did not bring the christianization of Denmark. In fact Gorm the Old appears to have been a candidate that stood for the preservation of the older native religion. It was Gorms son Harald Bluetooth (reign 958-986) who became the first christian King of Denmark after being baptized in 960.

The astrological chart for the birth moment of Christian Denmark reveals an an important astrogeographical parallel to the birth charts of Christian Poland (966) and of the Holy Roman Empire (962): important transits of Neptune the planet of spirituality.

But whereas Neptune was conjunct the resonance degrees of the future central capitals of Poland and Germany Warsaw and Berlin indicating at least some support for the national topics this transit of Neptune occurred as a square to the future national capital Copenhagen indicating a possible challenge to the national unity and national morphic field of Denmark.

The astrogeographical position of Nuuk the capital of Greenland

The astrogeographical resonance coordinates of Nuuk for morphogenetic field level 1 which describe the international and global resonance of the capital and political center of Greenland: Nuuk has one coordinate at 20°Sagittarius and the 2nd at 10°Taurus. The transit of Jupiter over the 20° Sagittarius (heat sign) resonance coordinate of the capital of Greenland and the approach of Uranus towards the 10° Taurus (sign of the earth and soil) resonance degree between May 2020 and April 2022 stand for the changes to be expected for Greenland through the effects of climate change.

The possession of Greenland was disputed by Norway and Denmark over centuries until it was settled by the International Court of Justice in The Hague on 5 April 1933. The astrogeographuical resonance coordinates for Norwegian capital Oslo are 3°Aries and 10°Gemini.

US Pressure on Denmark and Trump`s plans to occupy Greenland

On August, 19 2019 media from all over the world reported that Donald Trump has confirmed his statement released before saying he is considering an attempt to buy Greenland for strategic reasons, though he said the idea is “not No1 on the burner”. Trump`s unprecedented arrogant and dangerous play with imperialistic expansion threatens the autonomy and rights of small countries all over the world. And apart from that it directly questions the political status quo in the North Sea region including the political and strategical sphere of the European Union and a number of NATO allies (UK, Norway, Germany, Netherlands, Belgium, France, Finnland and Sweden and also Russia. Trumps announcements have to be understood as a direct attack on global political stability, a threat to the future of NATO and the beginning of a US campaign attempting to occupy polar territories legally owned by Norway, Denmark and Canada.

Trumps announcements and continuing provocations were made during Saturns transit over 14°Capricorn in exact opposition to the 14°Cancer resonance coordinate of the danish capital Copenhagen. The opposition transit of Saturn in his own sign Capricorn and near the conjunction with Pluto makes the US Presidents remarks a straight attack on danish autonomy.

The newest step in the newest phase of US imperialistic global policies begun in January 2001 came in the wake of a coming conjunction transit of the North Node over the 14°Cancer resonance coordinate of Copenhagen in September 2019, the 12°Cancer coordinate of Moscow in October, the 10°Cancer coordinate of Berlin in November 2019 and the 6°Cancer position of Washington in February 2020 suggesting that the effects of the process started can be assumed to have direct consequences on the political situation and decisions in all 4 countries in the years to come.