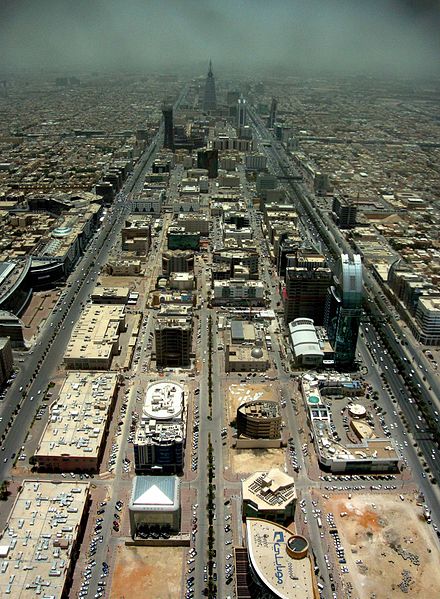 The astrogeographical position of Riyadh

Astrogeographical position of Riyadh for morphogenetic field level 1 which defines the supra-regional, international role of the central government of  Saudi Arabia: both coordinates are located in highly magnetic, self-centered, royal fire sign Leo sign of the centralism, absolutism, royalty, the sun, light, gold, electric power stations, the claim to the role of supremacy, the rule of single personalities as kings, sexuality, consuming resources of stored sunlight and the rule of the human self-image over spiritual matters as in the overwriting of religion and spirituality through a monotheist, centralist ideology. The resonating astrogeographical coordinates for the 21°Leo and 7°Leo.

For the role of Leo for the roots of monotheism compare my article on the Capital of the Sun God Aten.

Saturn in opposition to Riyadh

Saturn`s transit through air sign Aquarius can be expected to stimulate the potentials for development of the government and political system in Saudi Arabia through the aspect of an opposition. The complete transit will take place between March 2020 and March 2023 with the phases of climax of tension of Saturns position opposite the resonance coordinates of Riyadh between January and December 2021 (7°Leo) and March 2022 and January 2023 (21°Leo). Saturn in Aquarius  stands for the need to reform and restructure the political system.

Uranus in a Square to Riyadh

Uranus transit in earth sign Taurus and in a square to the position of Riyad in Leo will be the next clearly challenging period for the Saudi Arabian governments.  As a globally relevant process Uranus transit in Taurus demands a deeper restructuring process of the World economy.  For Saudi Arabia the topics of this challenge will be first activated on 15 May 2018 and will last until April 2026. Uranus stands for the reconnection with the fuller potential for political, social and economical development of the country and people, representing a direct challenge to the political elites (Uranus) for financial and economical reasons (Taurus).  The first climax phase of this transit will be Uranus` transit over the square to the 7° Leo astrogeographical position between June 2019 (5°Leo) and April 2021 (9°Leo). The second  climax phase starts with Uranus transit over 19°Taurus in May 2023 to 23° Taurus in May 2024.

The foundation charts for Saudi-Arabia

The foundation chart No 1 for Saudi Arabia as presented by Nicholas Campionis is calculated for the reconquest of the City of Riyadh from the Turkish Ottoman occupation by Ibn-Saud on 15 January 1902.  Mercury at 2° and Mars at 10° Aquarius were both transiting in opposition to the astrogeographiucal coordinate of Riyadh at 7° Leo.

Ibn Saud born on 15 January 1875 was the first monarch and founder of Saudi Arabia, the “third Saudi state”. He reconquered his family’s ancestral home city of Riyadh in 1902. In the following three decades of conquests he gained control of nearly all of central Arabia. The most important steps were his conquests of the Najd in 1922 and Hejaz in 1925. Ibn-Saud extended his dominions into what later became the Kingdom of Saudi Arabia in 1932. The discovery of petroleum in Saudi Arabia in 1938 and the beginning of large-scale oil production after World War II further stabilized his rulership and control over Saudi-Arabia. The official number of Ibn-Saud`s sons is 45 among them all of the subsequent kings of Saudi Arabia.

Foundation chart No. 2 for Saudi Arabia  is calculated for the official unification of the two kingdoms of Hejaz, and Najd under the name of Saudi-Arabia. The chart for 12:00 noon has the Sun at 0°06 Libra (Libra ingress at 9:22) in a square with the Moon at 3°54´`  in its own sign Cancer just visible above the western horizon. Mars at 1°  and Venus at 14° Leo were both advancing the astrogeographical positions of Riyadh at 7° and 21° Leo.

On 14 September 2019 the state-owned Saudi Aramco oil processing facilities at Abqaiq and Khurais in eastern Saudi Arabia were attacked by drones and missiles. The Houthi rebels in Yemen claimed responsibility for sending 10 drones tying it to events surrounding the Saudi Arabian intervention in the Yemeni Civil War. Saudi Arabian officials claim that many more drones and cruise missiles were used for the attack and that they were of Iranian manufacture. The United States and Saudi Arabia — later joined by France, Germany, and the United Kingdom — have asserted that Iran was behind the attack. Iran has denied any involvement. Aramco claims that the Abqaiq facility is “the largest crude oil stabilization plant in the world”.

The most important transit of the slower moving outer planets was Uranus` exact square transit to the 7°Leo resonance coordinate of the capital Riyadh from 7° in earth sign Taurus the sign of income and occupation of territory. As the indicator for globalization, ruler of all flying objects (or subjects) the Uranus square explains the attacks as an attempt directed at the destabilization of the government in Riyadh.

The attack was carried out shortly before the Full Moon of the day which combined an extremely violent Sun-Mars conjunction in Virgo the sign of reason, strategical planning and calculation in opposition to a depressive conjunction of Moon, Neptune and Lilith in Pisces the sign of weakness, instability and suppressed rights and identity.