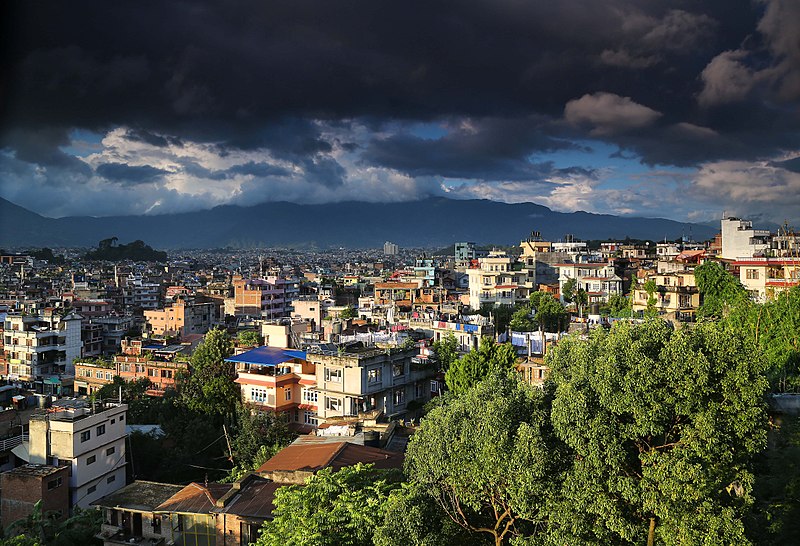 The Nepal Earthquake on 25 April 2015 in astrology. Astrogeography and earthquakes: astrological data and analyses

The April 2015 Nepal earthquake (Gorkha earthquake) killed nearly 9,000 people and injured nearly 22,000. It occurred at on 25 April 2015, with a magnitude of 7.8Mw  or 8.1Ms and a maximum Mercalli Intensity of VIII (Severe). Its epicenter  was at Barpak, Gorkha District 80 km north-west of Katmandu, and its hypocenter was at a depth of approximately 8.2 km. It was the worst natural disaster to strike Nepal since the 1934 Nepal–Bihar earthquake.

Astrogeographic position of the epicenter

Astrogeographical position of the epicenter for morphogenetic field level 1 (region) which describes the supra-regional, international topics of the event: one coordinate was at 27° in water sign Scorpio and 14° of earth sign Taurus. The fact that both signs form an opposition indicates that the energies set free by the quake were opposing forces.

The astrogeographic position in the last degrees of Scorpio had last been transited by Saturn in December 2014. It is astrologically plausible that Saturn has been moving towards the epicenter in retrograde movement since the start of his retrograde phase on 14 March 2015. This fact may indicate that pressure has been accumulating on the area in the process of Saturn`s transit over the epicenter position and back. As Saturn will be reentering into Scorpio on 15 June and will be stationery on the position in the last degrees of Scorpio until 18 September 2015 the danger of more releases of tension through earthquakes could remain acute until September.

The second astrogeographic coordinate of the epicenter at 14° Taurus has not been under tight transits from the outer planets this year.  But Jupiter at 13° Leo the sign of magma and of the Sun the moste important indicator for large amounts of power set free was only one degree away from the exact square position to the epicenter. Mars at 18° Taurus an indicator for particularly large pieces of solid material has been transiting conjunct the position of the epicenter since 18° April so that the Mars – Jupiter square is to be seen as a major indication (cause) of forces at work in the form of movements in the ground below the morphogenetic surface fields described by the astrogeographical coordinates.

The exact trine of the Moon at 26° Cancer to the epicenter`s astrogeographic position at 27° Scorpio as a harmonious and stimulating aspect indicates that the discharge of stored tension was stimulated by the Moon`s physical gravitation.

To some extent the Nepal earthquake may also be related to the fading Uranus – Pluto square because Pluto as the astrological ruler of Scorpio still is in an exact square with Uranus the planet of the stimulation of solutions, discharge of pressure and sudden movements of material.

For humans the indication of this transit is that traditions and social hierarchies (Pluto) that prevented reconnection of individuals with their spiritual origin and fuller potentials create impediments of development need to be solved (during such transits). The implications of this transit for the processes of shifting tectonic plates therefore can be seen in the breaking up of old structures, the compensation of unstable situations, implosions of gas and the re-organisation of the plate divides.

The capital of Nepal is the home of one of the most sacred places for the worship of the Hindu god Shiva the Pashupatinath Temple. For astrogeographical interpretation Shiva can be related to the two water sign Cancer and Scorpio. As the Moon was moving through the last degrees of Cancer and in an exact and harmonius  aspect (trine) to one of the astrogeographic coordinates of the epicenter (27°Scorpio) both signs that represent Shiva are intensely involved in the incident.

Indian astrologers usually relate Shiva to the sign of Scorpio. There are numerous explanations why. First of all because it was Shiva who, at the “Churning of the milk ocean” (= the galaxy), drank away all the poison which caused his head and neck to turn blue. Secondly because of his neglection of the caste system, social habits and expectations and thirdly because of his rulership over the world of demons. Scorpio through its relation with Aries would define the male aspect of the Shiva Lingam as one of Shiva`s main symbols.

The presence of the sign of Cancer in addition to Scorpio is very interesting here and may be seen as a central astrological description of Shiva. Shiva is an aspect contrary to the one of the Sun god Vishnu who represents light. Therefore the Moon, which is the ruling planet of Cancer is the first planetary analogy of the spiritual qualities of Shiva. This is why he is depicted with a crescent Moon on his head. Shiva lives on Mount Kailash. From the pile of hair on the crown chakra of Shiva`s head the spring of the river Ganges flows down. This is important here because Cancer is the astrological sign of springs.

Other minor analogies of Shiva can be seen in Uranus as the ruler of Aquarius the mundance indicator for self-finding, castelessness, being an outcast, rebellion, revolution, autonomy and self-sufficiency and Neptune (or rather Poseidon) as Shiva is often depicted with a trident.

For the archetypes of Shiva compare: Kailashnath Mahedev – Shiva in Scorpio with Cancer, Amarnath Shiva Lingam, The astrogeographic constellations of the Ganges River

Astrogeographic position of the capital Katmandu

The interpretation of the astrogeographic resonance coordinates of Nepal`s capital Katmandu should concentrate on the effects of the quake for the city, the government and the further development of the country. Katmandu has one astrogeographic coordinate at about 4° in fire sign Sagittarius currently transited by Saturn and the second at 26° in earth sign Taurus.

Saturn`s transit in conjunction with the capital during the earthquake can be evaluated as an aspect of long-term stabilization of the political system and government despite the catastrophic effects of the earthquake. Even though the first impression of the event must have been to see an extreme threat to the country`s stability, development and independence in the first place.