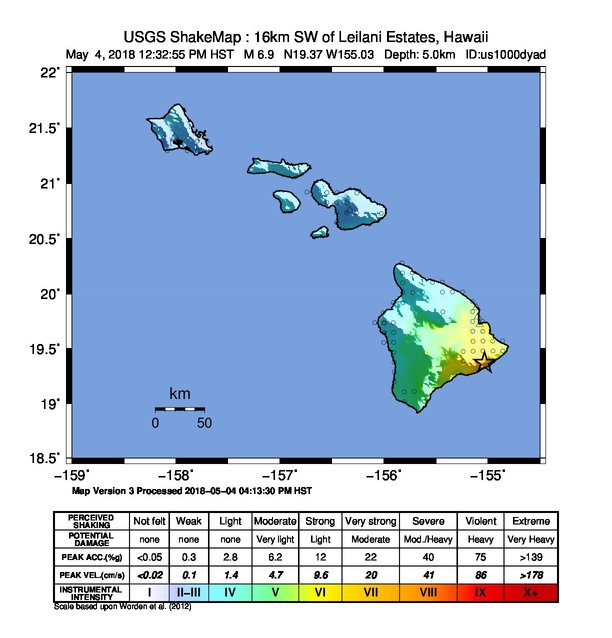 Astrogeographical data for the 2018 earthquake at Mt. Kilauea

The Kilauea earthquake of May 4, 2018 occured at 12:33 p.m. local time measuring 6.9 on the moment magnitude scale. The epicenter was near the south flank of Mt. Kīlauea, which had been the site of seismic and volcanic activity since late April of that year. The same region was also affected by the 1975 earthquake.

Neptune´s exact square transit to Mt. Kilauea`s 15° Sagittarius position from an 8th house position indicates the destabilization of the situation at Mt. Kilauea through the dissolution of solid structures to the south west of the epicenter.

Uranus was conjunct mid-heaven at the moment of the earthquake indicating an eruption of material – possibly a magma chamber above the epicenter. Uranus near mid-heaven or on the IC (or else house 4) is a frequent factor for earthquakes.

The midpoint between the two major planetary factors of stability Saturn (at 8°55`Capricorn) and Pluto (at 21°15`) fell near exactly on 15°Capricorn and thus in strong resonance through mirror-point conjunction with the  astrogeographical coordinate of the epicenter at 15°Sagittarius indicating a situation of sandwich – like forces and pressure exerted onto the material at the epicenter.