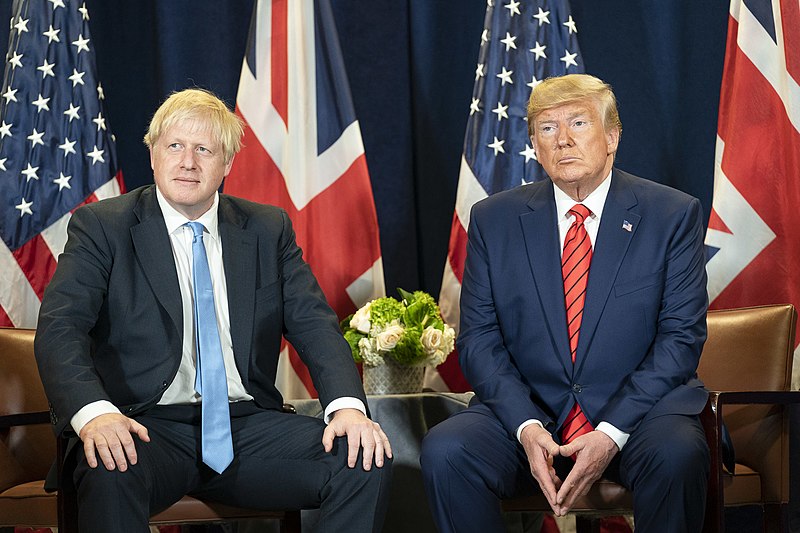 Compare: It’s not just Boris Johnson’s lying. It’s that the media let him get away with it

Related articles: The catastrophic chart for the Brexit date, Intro to an astrogeographical analysis of data from the Brexit Referendum, The astrogeographic position of London, The 2017 UK general election in astrogeography, The British EU Referendum on 23 June 2016, The 3 June 2017 Terrorist Attack in London, 22 March 2017 Westminster terrorist attack in astrogeography, Die Saturn – Pluto Konjunktion 2020, The transit of Saturn over London between January and December 2020, To Brexit or not to Brexit?.

The UK General Elections of 12 Dec 2019 come after a long period of political discussion in the former parliament elected on 12 June 2017 on the issue of the Brexit. The problem of the political instability of the British parliamentary system that derived from the Brexit decision in the British EU Referendum on 23 June 2016 seems to have made the new elections inevitable. A major problem being the strong interference of foreign global players on British interior politics including the scenario of terrorist attacks by pseudo-religious neofascist contract killers before the elections and other important political decisions. See the wiki article on the London Bridge stabbings on Nov, 29, 2019.

For a deeper consideration of the historical circumstances under which the coming elections are held I suggest to examine events as part of a New Cold War between the Oil Cartels (Texan, Russian, Saudi Oil Cartels) and the Climate Politics Activists (US Democrats, EU, China + other nations without oil resources) started through the victory of the Texan Oil Cartels in the US Presidential Elections of Nov. 2000 (G.W. Bush vs. A.Gore) and its current stage triggered through the Pluto Ingress into Capricorn on Jan, 25 2008.

The Dec, 12 elections and the coming Saturn-Pluto conjunction of Jan, 12 2020 appear to come as the next climax of this ongoing New Cold War.

On this historical background the UK general elections come as another battle between these groups, their media propaganda system, the US-Saudi cooperation in the terrorist wars in Afghanistan, Iraq, Syria, Libya, Sudan, Africa, Europe and the Russian propaganda war machinery that has managed to gain strong influence over the political systems in the USA, UK, EU through the propagation of new neo-fascist parties, politics and hate propaganda in general.

The Chart for the 2019 General Elections

From my astrogeographical perspective this decisive Russian influence can be seen from the exact conjunction of Uranus the planet of globalization at 3°Taurus with the 2°Taurus resonance coordinate of the Russian government in Moscow. At the same time I want to remind us all that the Russian propaganda war is a defensive reaction initiated through a long period of US attacks on the political sphere of interest which was organized by the G.W. Bush government as a politic of destructiveness directed against the results from the Russian Perestroika and peace politics since the 1990ies.

The astrological chart for the outcome of the coming elections shows Virgo the sign of self-protection, reason, healing, careful strategies rising on the ascendant. Its sign ruler Chiron will be on the first degree of Aries in a position of a new fresh start but in house 8 the sphere of dependence, confrontation, fight for dominance, foreign influences and action under foreign control suggesting that the voters must have felt forced to react onto attacks on their own sphere of interest. The constellation could even describes the heavy attacks on the British political system by the global players that attempt to occupy and dominate the Brexit for their aims of destabilization and destruction of the European Union for their economical profits in the war between the alliances of oil cartels and those of climate protectors and nations without oil resources.

Venus as the ruler of mid-heaven in Taurus the sign of markets will be at 21°Capricorn and conjunct Pluto at 21°Capricorn and Saturn at 19°Capricorn all of them approaching the exact square to the 24°Libra resonance coordinate of London. Looks like the coming Johnson government will do anything it can to force the British political system and voters to follow the neofascist agenda forced onto them by the oil cartel lobbyists. This overall planetary constellation seems to suggest that the Brexit Party will be the winner of the coming elections through the pressure it exerts on the Conservative Party which might feel forced to follow its agenda.

The Moon over Rome

The Moon at 29° Gemini will be exactly conjunct the astrogeographical position of Rome the place of the foundation of the European Union and close to house 11 the house of escape. true friends and of gains. That in fact seems as a constellation of victory for the EU suggesting that there is a chance that as a result of the election the rest of the EU might escape a prolongation of the British EU membership. This could help the EU concentrate on its own self-finding, goodwill, affairs, interior politics and economical stabilization. For the UK that position seems to suggest that any neofascist propaganda that has sought to make British voters believe that the EU has any interest in negative relationship or economical warfare with the UK will be refuted.

The North Node on the half sum between Berlin and Washington

It is interesting to see that the North Node indicator for the actual aim and factual outcome pf events at 8°Cancer will be exactly on the half sum between the astrogeographical resonance coordinates of Washington at 6°cancer and Berlin at 10°Cancer in house 11. Since the North Node is moving backwards that position speaks for a shift of partners from Berlin to Washington suggesting that the future UK government will seek an associated status (membership) with the USA as a consequence of the coming elections.

Technically the central problem of the Brexit negotiations between the UK and EU were the unresolved issues between the UK and its neighbor country and former colony Ireland. But the deeper issue behind that was the aggression and absolut negativity of the neo-fascist Brexit propaganda that had copied the Trumpist slogan “Make America Great Again” into British politics suggesting nothing less than a new colonial era as the aim of Brexit. Under such circumstances an easy and quick Brexit had turned out impossible until today though enough chances have been there to get to the same arrangements as the Johnson government is heading for now.

But during the December, 12 elections Mars the planet of warfare will be at 15°Scorpio exactly conjunct the 15°Scorpio astrogeographical resonance coordinate of the Irish Republic`s capital Dublin (10°Virgo-15°Scorpio) and in exact trine to Neptune the planet of spirituality, letting go, and territorial destabilization at 15°Pisces indicating the strong chance that the Irish concerns will be taken into account by the coming British government. That seems to me to suggest that as a result of the Dec, 12 election there is a good chance that Ireland and the rest of the European Union will feel somewhat relieved from the intense hate and aggression exerted on the EU morphic field by the conspirators behind the British Brexit Party.

The long-term Russian influence on decisions that culminate in the 2019 General elections can be examined through the exact conjunction of Uranus the planet of globalization at 3°Taurus with the 2°Taurus resonance coordinate of the Russian capital in Moscow the astrogeographical resonator of the territorial hyper-centralism and expansionism of the super-large Russian territory. At the same time I want to remind us all that the Russian propaganda war is a defensive reaction initiated through a long period of US attacks on the political sphere of interest which was organized by the G.W. Bush government as a politic of destructiveness directed against the results from the Russian Perestroika and peace politics since the 1990ies.

Though only for a short period – as the unhindered influences of the Duginism behind the “alternative reality” propaganda war during the Uranus transit in Taurus the sign of the sphere of influence of the Russian capital will still be in effect until Uranus ingress into Gemini on Juli, 7 2025.

Alexander Dugin is seen as the intellectual founder of the neofascist Russian war propaganda.

Mercury in the 3rd subdivision of Sagittarius

Mercury in house 4 will be the planetary factory that stands closest to one of the 4 major axes making him a strong indicator of the initiative, aims and methods behind the election. As the planet of liars, thieves and manipulators and due to his position on 5° in Sagittarius the sign of lobbyists and in the 3rd subdivision (of 12) of that sign Mercury´s position points at a coup successfully organized by the oil cartel lobbyists behind the Brexit. In regard to political culture that constellation explains the full amount of destruction of political culture inflationed by a Prime Minister that was elected due to his performance as a notorious liar.