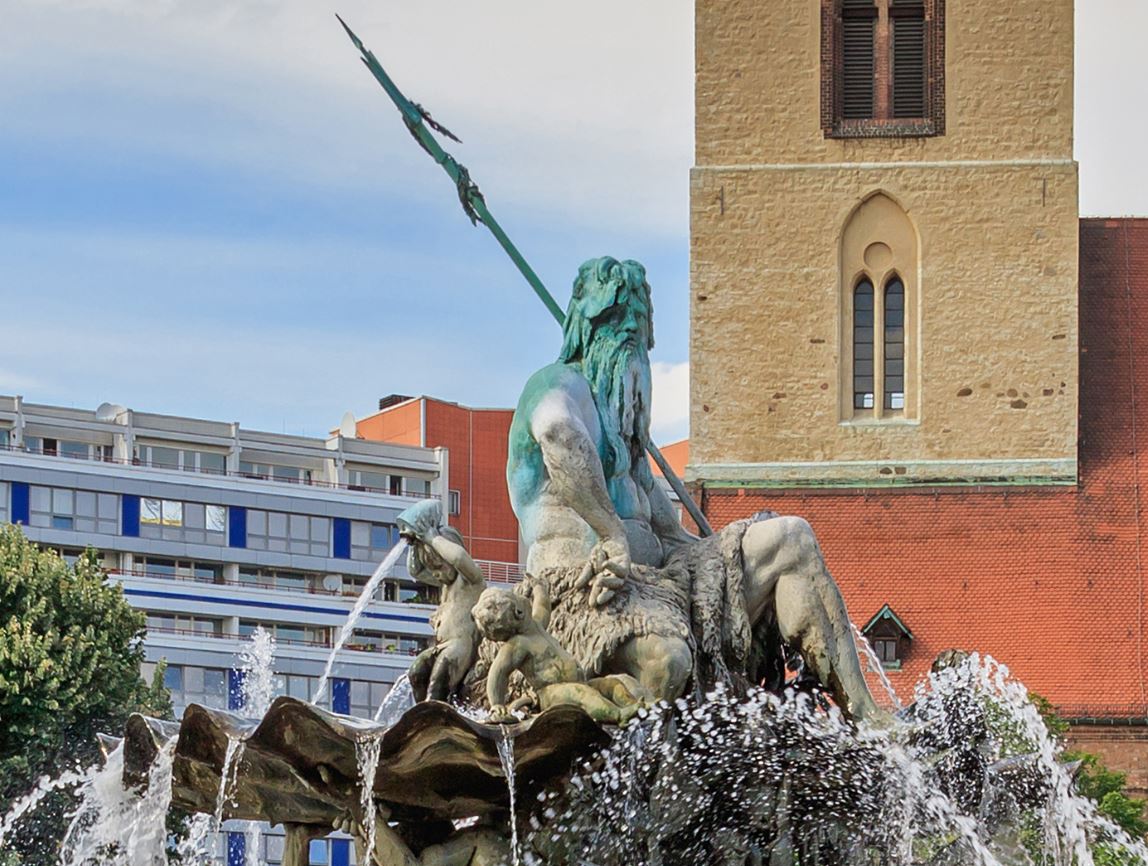 On the competition between Poseidon and Zeus, Neptune and Jupiter. Astrology, mythology and temples: astrogeographical considerations and analyses

Compare: Zeus vs. Poseidon,  A gold plated temple swallowed by floods, The Mahabodhi Tree  – site of Buddha`s illumination in Pisces

For an astrological investigation the competition between Poseidon and Zeus aka Neptune and Jupiter includes the question of the differentiation between Pisces (spiritual plane) and Sagittarius (mental plane) and also between deeper investigation (Poseidon) into astrological questions and bourgeois patterns of apparent success in the astrological scene (Sagittarius). I personally feel that a deeper investigation into these questions would help astrologers in getting to a more holistic and less functionalist approach to the astrological questions around the hows and whys of fate. As far as the astrology and esoterical markets are concerned this includes the differentiation between the actual attempt to perceive and/or understand something unknown and the trigger talking of the manipulation of consumers for commercial purposes.

As a first step I want to recommend that astrology needs to differentiate -between imagined correspondences which are our own subjective views, where we reflect ourselves rather than the astrological topics and archetypal core points behind the systemical meaning of the single signs and planets.

In the systemical relationships of the signs as defined by the 12 -fold zodiac Pisces and Sagittarius lie in a square angle to each other. That means they do not represent harmonious and friendly but conflicting and competing aspects.

The astrological problem behind the competition between Zeus and Poseidon includes questions about the competition between pseudo-classical and modern astrology, about habitual judgement and the awareness about the natural and acquired limitations of our horizon in regard to confronting astrological problems. Before the discovery of Neptune in astrological interpretation Jupiter ruled both spheres: the sphere of Pisces (spirituality) as well as the sphere of Sagittarius (priesthood, human knowledge). That included the inability to differentiate between the imagined reality (Sagittarius) and the awareness of aspects of reality beyond mental knowledge, words and limitations (Pisces). Sagittarius as an organ of the mental plane is by definition of the 12-fold tropical zodiac of the northern hemisphere limited to human perception through the sense organs, human thinking and conclusions and the explored and available aspects of reality. Pisces by that definition relates to the  invisible, unconscious, unknown and transcendental.

Who made Zeus the ruler of the pantheon?

In the hierarchy among the Olympean gods as defined through the choice of a larger part of Greek society seems to be such that the god of house 9 (Sagittarius) – aka Zeus the winner in the material world – overshadowed the reality of house 12 (Pisces) – aka Poseidon who is hiding in the ocean and along with him the unknown, unconscious, invisible, socially unaccepted, suppressed and also unprofitable aspects of reality.

The dominance of house 9 (mental conclusions) over house 12 (spirituality) has led to the misinterpretation of religion being transferred into the realms of the mental plane by astrologers – with the effect that its actual topic the “re – eligion” aka reconnection with the supreme subtle plane of the reality behind the perceived creed is overwritten through a competition for the best, most convincing violently, triggering, excstatic, precious, promising, glorious, magnificent, aggressive, dominant, brutal, frightening, professional, profitable, hermetically closed up image or any other apparently useful characteristic feature of the mental description of a religion.

Compare: The Temple of Zeus at Olympia, The birth place of Poseidon,   Aphrodite`s birth place and the Temple at Aphrodisias, Oracle of Delphi, The Birth place of Zeus in Jupiter`s sign Sagittarius, Three Steps to Mount Olympus, The Temple of the Eleusinian Mysteries, The Tower of the Winds in Athens, Temple of Neptune in Aquarius with Sagittarius, The Magic of Prediction at Ancient Greek Oracle Places, The Birth Place of Hermes on Mount Kyllini, The Temple of the Oracle of Apollon Claros,  The temple of Artemis at Ephesos, Pluto’s Gate in astrogeography