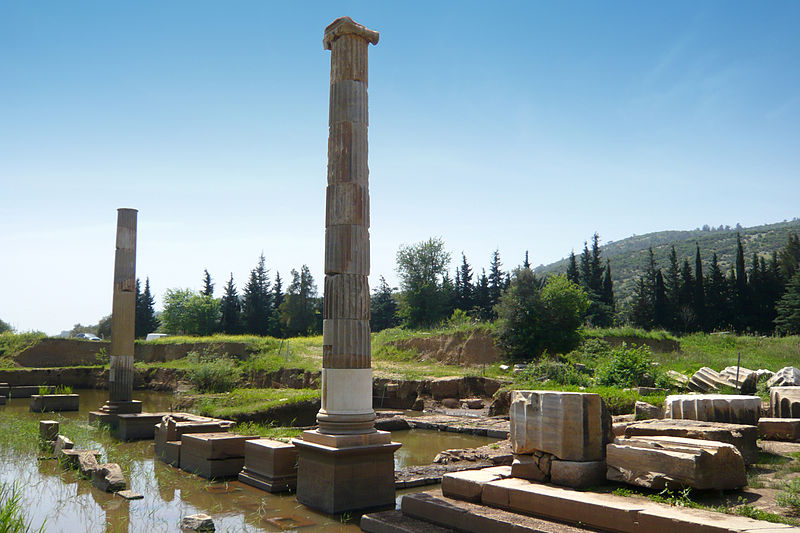 The Temple of the Oracle of Apollon Claros. Astrology & Sacred Sites: the astrogeographical position of the temple site.

Related articles: Libra and Aries – The Oracle of Delphi, The Magic of Prediction at Ancient Greek Oracle Places . The birth place of Poseidon,  Aphrodite`s birth place and the Temple at Aphrodisias, Oracle of Delphi, The Birth place of Zeus in Jupiter`s sign Sagittarius, Three Steps to Mount Olympus, The Temple of the Eleusinian Mysteries, The Tower of the Winds in Athens, Temple of Neptune in Aquarius with Sagittarius, The Birth Place of Hermes on Mount Kyllini.

The Temple of the Oracle of Apollon Claros was an ancient Greek oracle temple on the Ionian coast dedicated to Apollon the god of light as Apollon Clarios. It was located 12 km south of the ancient City of Colophon, one of the twelve Ionic cities. The Temple of Apollo at Claros was one of the most important ancient Greek oracles together with Delphi, Didyma and others. Compare my articles:

According to the wiki article “….. The oldest information about this sacred site goes back to the sixth and seventh centuries BC. through the Homeric Hymns. A sacred cave near the Temple of Apollo, which was an important place both in the Hellenistic and Roman eras, points to the existence of a Cybele cult in earlier periods here. Games called the Claria were held at Claros every fifth year in honor of Apollo….. Archaeological excavations revealed structures dating back to the 10th century BC. The founding myth of Claros connects the city with the myth of the Epigoni who conquered Thebes.The two seers Teiresias and his daughter Manto became their captives along with other Thebans. The Epigoni sent them to Delphi to honor Apollo, but Teiresias died on the journey. At Delphi, Manto was commanded by Apollo to sail to Ionia with the remaining Thebans to found a colony there. When they arrived at the site where Claros would be founded later, they were seized by armed Cretans under Rhacius, the Cretan settler of Caria. After learning from Manto who they were and why they had come, Rhacius married her and allowed the Thebans to found Claros. Their heir was the seer Mopsus.…..  Thus the origin of the oracle at Clarus was remembered by Greeks of the Classical period as Minoan–Mycenean in origin. Archaeological investigations lend support to the myth……   According to another legend…….. the Greek seer Calchas, a participant in the Trojan War, died at Claros. He challenged Mopsus to see who had the greatest skill in divination, but lost and died of grief. ”                            “

Astrogeographic position  of the temple of the ancient greek word oracle of Apollon Claros for morphogenetic field level 4 which describes the atmosphere and energetical situation of the temple building itself:  the construiction site is located in highly energetic, magnetic royal fire sign Leo sign of the sun, light, heart, kingdom, self-expression and an important resonator for Greek culture. Through its role as the sign of light Leo is a direct resonator for Apollon. The 2nd coordinate lies in creative, innovative, holistic spiritual air sign Aquarius sign of the sky. heaven, paradise, self-finding, emancipation. inspiration and reconnection with the spiritual plane and ones fuller potentials.

Read a detailed description of the roles of Aquarius and Leo in my article on the  Capital of the Sun God Aten.

Astrogeographic position  of the temple of the ancient greek word oracle of Apollon Claros for morphogenetic field level 3 which describes the atmosphere and energetical situation of the area of the whole sanctuary and how it is embedded in the land:  just like Delphi the site of the Apollon Clarios oracle has one coordinate in service orientated air sign Libra the sign of harmony, balance, beauty and main indicator for all consultation services. The second coordinate lies in earth sign Taurus sign of the earth, grounding, growing roots, agriculture and market places.