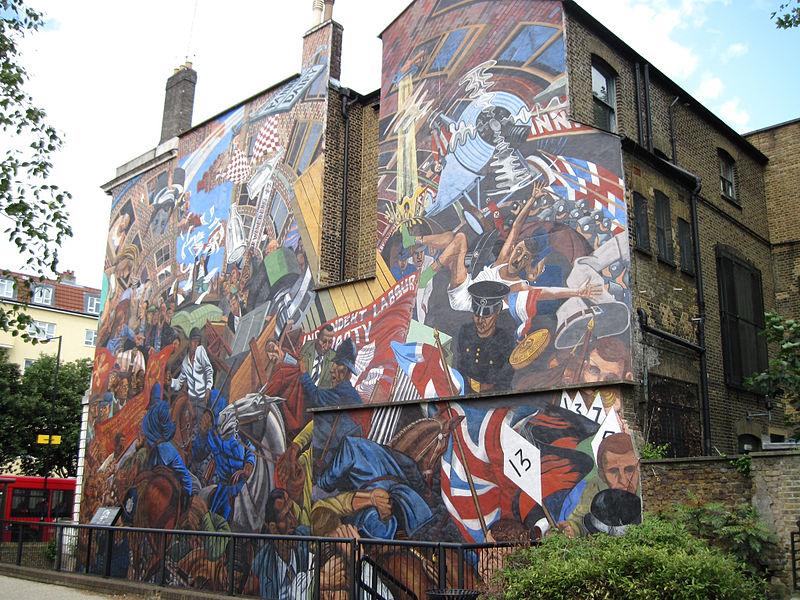 Pluto opposite London – The Battle of Cable Street. On the astrological analysis of an important event in the history of the fight against globalized fascism

Compare: London and Great Britain in Political astrology, The Astrogeographic position of Madrid and past and future transits for the Government of Spain The Bombing of Guernica in 1937, The Warsaw Ghetto in astrogeography Saturn-Neptune conjunction over London: the Great London Smog of 1952,  The Great Fire of London 350 years ago,  The British EU Referendum on 23 June 2016, The 3 June 2017 Terrorist Attack in London, The 2017 UK general election in astrogeography,

Pluto opposite London – The Battle of Cable Street

The Battle of Cable Street on 4 October 1936  was a climax of the fight of the British People against the attack of the globally organized fascist movement. The events around the Battle of Cable Street were under the impression of  the attempted Coup d`Ètat in Madrid 3 and a half months before which started the Spanish Civil War supported by Hitler and Mussolini. Compare: German involvement in the Spanish Civil War

For comparison of the effects of the transits from the outer planets see my articles on the astrogeographical positions of Berlin, Madrid. Moscow, Washington and other capitals.

The astrological chart for the Battle of Cable Street

Astrogeographic position for morphogenetic field level 1 which shows the supraregional and international topics and astrological resonance of London and the British government: London is located at 24° in aristocratic, courtly air sign Libra and 27° in conservative, hierarchical earth sign Capricorn.

I calculated the chart for 12:00 noon as I had no time for research about more exact time data.

The British and French declarations of war during WW2 on 3 September 1939 came 2 days after Hitler`s attack on Poland. Mars at 25°Capricorn was moving in exact square to the 24°Libra astrogeographic position of London but also into conjunction with the 27°Capricorn astrogeographic position. Mars` square stood for the threat through the attack by the fascist German war machinery against Europe. Mars` transit in conjunction to London indicates the alertness and general mobilization of British troops.

For Paris the situation was even more threatening through the transit of Uranus at 21°Taurus who was nearing the exact square to the astrogeographical coordinate of Paris at 27°Aquarius. The strength and long-lastingness of the effects of the transits of the slow moving outer planets in such squares can be seen from the fact that Paris was occupied by fascist German troops shortly before the culmination of Uranus`s exact square to  the french government with Uranus` transit between 24° and 26°Taurus between June and August 1940. The French government had to leave the capital.

Astrogeographic position of the Cable Street Mural for morphogenetic field level 4 which describes the atmosphere and topics of the mural itself: the Cable Street Mural is located has one coordinate in mystic spiritual water sign Pisces the sign of mystification, music, art, dreaming, the unconscious, temples and re-connection with the spiritual plane. The second coordinate lies in solid fixed water sign Scorpio the sign of sculpting, imaging, visualization, monumentalism, photography, imprints, trauma and pain.