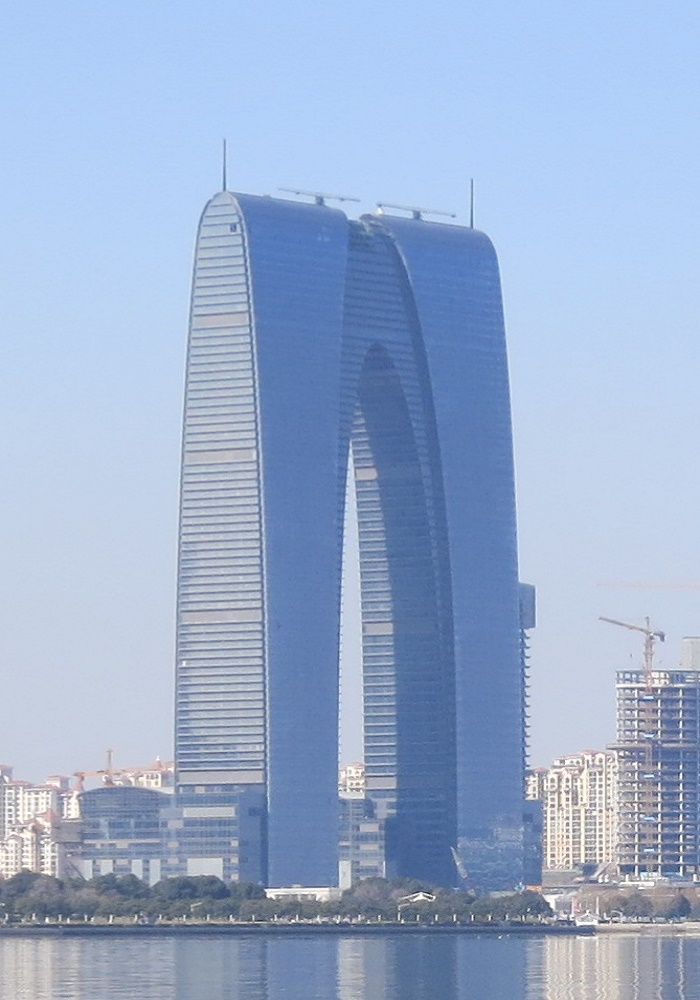 Compare: Utroba Cave – a Vagina & Womb Cave Temple, Sheraton Huzhou Hot Spring Resort, Hoover dam, Heaven`s Gate on the Point of the Winter Solstice,  Sheraton Hot Spring Resort on the divide of the autumn equinox, Heaven`s Gate on Tainmen Shan, The “Little Mermaid” as a Guardian, The Lucky Coin Structure in Sagittarius, The Gate of the Orient on the degree of the summer solstice,

The resonance between the “genetic” level of patterns of the 12 – fold zodiac system of structural elements and the forms emanating from their organisational structure on the material level is the study of astrology. This is example for the precision of my Astrological World Map delivers another breath-taking series of insights into understanding how the the level of morphic field patterns on the surface of our planet functions.

In astrology the 4 cardinal divides (spring and autumn equinoxes and summer and winter solstices) reflect the differentiation between the yearly seasons of the northern hemisphere and the 4 quadrants and bodies within natal the horoscope. In astrogeography they reflect the 4 major separation lines in the morphogenetic field structure of the landscape.

From Gemini to Cancer: The Gate of the Orient

The “Gate of the Orient” or “Gate to the East” building at Suzhou, Jiangsu, China is a 300 m tall dual skyscraper completed in 2016. The design is intended to be a symbol of a gateway to the city, that emphasizes the city’s continuing significance in modern China. The design has been ridiculed to look like a pair of long underpants. Its location precisely indicates the intersection of the historical east-west-axis of Suzhou Old Town with the west bank of Jinji Lake.

The astrogeographical position of the “Gate of the Orient” building in Souzhou, China makes it a gate between Gemini (road crossings, contacts, technology) and Cancer (the inside, identity, inheritance). Astrologically speaking it is a gate between the exterior expansion of China (Gemini, Eastern China, Orient) and interior China (Cancer, Western China, Occident). The naming of a “Gate to the East” therefore means that the “Gate to East” refers to a gate into Gemini aka into technological and informational progress. As Gemini also represents the astrological factor of democracy and personal liberty, emancipation and civil rights of individuals an appeal to the urge for freedom cannot be excluded in the “feng-shui” of this ornamental building.

As Cancer represents the sign of the vagina, uterus and conception it is also a pathway and gate into a vagina. That symbolism is clearly reflected in the shape of the building.

The Gate of the Orient, Suzhou, Jiangsu, China is a 301 m tall dual skyscraper which has been ridiculed because it looks like a pair of long underpants. The project was planned to be completed in 2014.

The astrogeographical longitude coordinate of the construction site for field level 3 (surrounding area) is on the last degrees of technology “ORIENTATED” air sign Gemini, which stands for the twin tower aspect here describing the gate as a pathway and road-crossing with 2 equal halfs. The gate is built right next to the cardinal energetic divide (water divide) between a local morphogenetic field in air sign Gemini the sign of signposts, symbols, roads, interfaces, connections and one in emotional water sign Cancer the sign of motherhood, the womb and vagina.

The astrogeographical topics and character of the construction site is harmoniously reflected by the upside down V-shape of the building in such a clear way as if it had been consciously planned to represent an entrance into the “vagina field” here. In terms of yearly seasons the divide between Gemini and Cancer stands for the day of the summer solstice (June 21) and the divide between spring and summer.

The 2nd coordinate of the building of the north tower for the astrogeographical latitude of the building too is located in emotional water sign Cancer while the south tower is situated in highly energetic, magnetic fire sign Leo.

The astrogeographical topics and character of the construction site is harmoniously reflected by the upside down V-shape of the building in such a clear way as if it had been consciously planned to represent an entrance into the “vagina field” here. In terms of yearly seasons the divide between Gemini and Cancer stands for the day of the summer solstice (June 21) and the divide between spring and summer.

Another example for a building located on the divide between Gemini and Cancer: The Opus building in Dubai

The Omniyat Opus Building in the center of the Burj Khalifa district of Dubai was designed by Zaha Hadid architects and first revealed in 2007. The building is currently (2018) under construction. Its resemblance of a gate, keyhole or entrance of some sort represents a stunning parallel to the “Gate of the Orient” building.

The “Opus Omniyat Buiding” in Dubai is located in the same astrogeographical constellation as the “Gate to the Orient” building in Souzhou: Gemini/Cancer and Leo.

Astrogeographical position for morphogenetic field level 4 (exact adress)) which describes the atmosphere and energetical topics of the building and its construction site: one coordinate is located right on the cardinal divide between air sign Gemini and water sign Cancer. The 2nd coordinate is in highly energetic magnetic royal fire sign Leo.

Gyeongju Tower is an observation tower located in the Gyeongju Expo Park, Gyeongju city in South Korea. The structure was completed on August, 14 2007 along with Gyeongju Expo Culture Center. The tower is 82 meters tall.