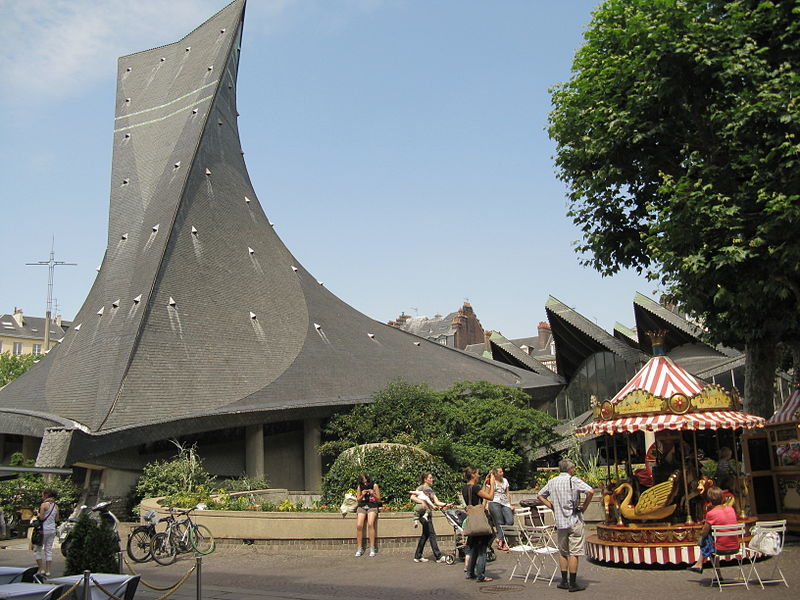 The Church of St. Joan of Arc in Rouen. Astrology, History & Temples: The church at the place of the martyrdom of St Joan of Arc the Maiden of Orleans and a closer look at important aspects of fire sign Sagittarius.

Related articles: Astrology & Sacred Sites: The magic Spring of Lourdes, Libra and Leo – The Sanctuary of Fátima, The Church of Saint Francis in Assissi, The Temple Mount at Jerusalem in Astrology, The Birth Place of Jesus in Pisces and Sagittarius,

The Church of St. Joan of Arc in Rouen

The Church of St. Joan of Arc was built in 1979 in the ancient town center and market square of the City of Rouen, Normandy, France. The church building stands right on the site where St. Joan of Arc the Maid of Orléans and patron saint of France born was murdered through burning on 30 May 1431 during  the 100 Years War between England and France.

The murder was part of a conspiracy by the English invaders & their Burgundian allies. The reason officially given for burning the saint as a witch was the charge of heresy of cross dressing. The saint`s body was cremated two times after burning her to death in order to prevent the collection of relics. For details of the Trial against Joan see the sources quoted in the wiki article

The design created for the new Church of Joan of Arc visualizes pointed roofs that surround the main building like an ocean of flames.

Astrogeographic position for morphogenetic field level 4 which describes the atmosphere and energetical topics of the site itself: the construction site lies in dynamic fire sign Sagittarius sign of cremation, hell, lava fields, the cleansing fires, arson attacks, fire sacrifice, style, design, fashion, ornaments, luxury, arcs, the priest castes, druids, healers, shamanism and witches. Sagittarius is the astrological indicator for focus on the style and ornament orientated design of the church, the depiction of the burning fire, the use of semic-circles, the reproach against St. Joan of using shamanistic magic, the employment of pseudo-religious arguments and also for the dominance of the priest caste over the fate of the saint. This victory of the rulership of the priest castes over the spirituality of the saint is symptomatic of reflexes of fire sign Sagittarius – and especially when like is the case here it is combined with the preferences of the topics of earth sign Taurus.

The 2nd resonance coordinate of the church is loctaed between solid, fixed, profit-orientated earth sign Taurus sign of the earth, grounding, growing roots, agriculture, food, market places, town centers, possession of land and air sign Gemini sign road crossings, bridges, signposts, intelligence, information and education. Taurus is the archetypal sign for old town centers that date back to the times when town centers were naturally established as market places for the weekly gathering of the rural population for dealing their food and cattle. Gemini on the south end of the market place stands for importance of the road and the traffic passing the old town.