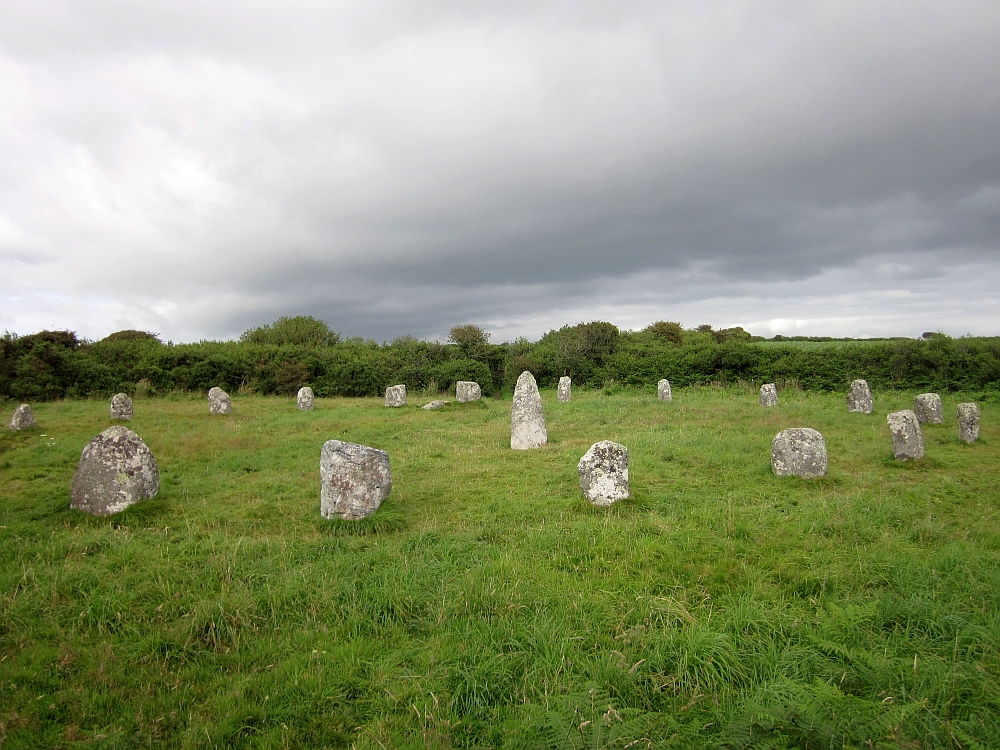 The Magical Stone Circle of Boscawen Un near St. Buryan in Cornwal was first built between 3000 and 4000 B.C.. It consists of 19 ring stones – 18 made from granite and one from white quartz plus a central menhir. Altogether the circle resembles a sun dial or sun observatory.

Astrogeographic position for morphogenetic field level 1 which describes the supra-regional function of the Boscawen-Un stone circle gathering dite for the south-west of England: the site is located right on the cardinal divide of the winter solstice at 0°Capricorn an important position for the gathering of the tribal elders, chieftains, fertility rites and government. This position is a clear hint at a gathering site for important initiations, councils and shamanistic rituals of supra-regional importance. Compare also the position of the Bighorn Medecine Wheel on the cardinal position at 0° Capricorn.

The 2nd coordinate lies on 4° of mystic spiritual water sign Pisces the sign of the spiritual plane, temples, legends, mystification. imagination, music and the dream world.

Astrogeographic position for morphogenetic field level 4 which describes the atmosphere, function and energetical situation of the stone circle itself: the stone circle is located in highly energetic, magnetic, centralist emotional royal fire sign Leo sign of the sun, light, kingdom, power stations and indicator for a highly stimulative and energetical place. The position in Leo points at the function as a sun dial and sun temple. The 2nd coordinate lies in highly alert, defensive water sign Scorpio sign of fortresses, sculpting, stone masonry, hierarchy. and an indicator for the function.