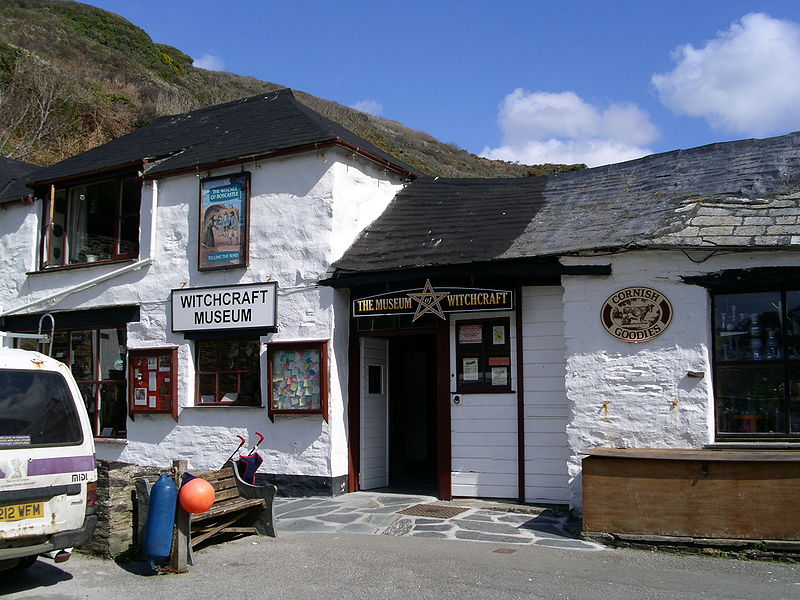 The Museum of Witchcraft & Magic in Boscastle, Cornwall What could be more symptomatic for a witchcraft museum than the combination of Virgo & Scorpio?

Related articles: Virgo & Gemini: the role of the two Mercury signs at the Witches` Market in La Paz,

The Museum of Witchcraft and Magic in Boscastle,  Cornwall, England was founded in 1951 by Cecil Williamson an influential English Neopagan Witch born on 18 or 19 September 1909 with the Sun in Virgo and Moon in Scorpio, He was the founder of  the Witchcraft Research Center which was a part of MI6‘s war against Nazi Germany. The museum houses exhibits devoted to folk magic, ceremonial magic, Freemasonry, and Wicca, with its collection of such objects having been described as the largest in the world.

Astrogeographic position of the museum for morphogenetic field level 4 (exact position) which describes the atmosphere of the museum itself; what could be more symptomatic of a witchcraft museum than earth sign Virgo sign of healing esp. with plants, medical treatment, herbal medicine, celibacy, meditation practice, retreats, yoga culture, birth control and spiritual entities of plants and nature such as elves, dwarfs and trolls.

The 2nd coordinate lies in ritualistic, solid fixed water sign Scorpio sign of alchemy, perception, welding, fusion of elements and traumatic issues.
Scorpio may not represent the main ruling sign of shamanism which certainly is Sagittarius. But as the sign of nomad cultures it reflects the cultural circumstances under wich the historical roots of the role of medicine women and men and/or tribal priests developed. After the experience of the witch-hunt period in European history the word witch also includes the connotations of the defensive role of women and of “female spirituality” under threat from male dominated spiritual authorities (the church). Therefore Scorpio in its function as the sign of the traumatic defense system and of trauma itself also relates to the traumatic experience of female shamans, healers, doctors or even simply self-reliant and powerful women. Apart from that Scorpio through its strong resonance with chemistry is also an important factor in the science of pharmacy and in the production of medecine.