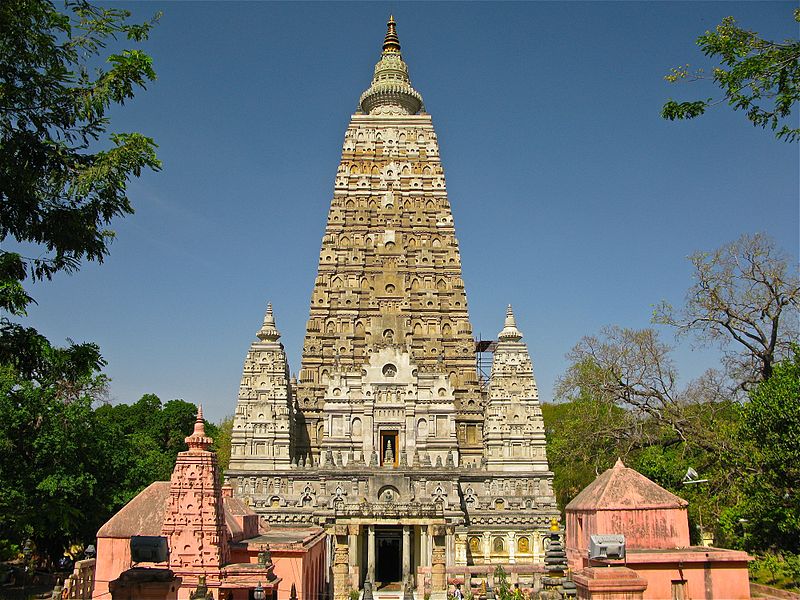 The Mahabodhi Temple Tower in Aries and the difference Libra makes.  Astrology, Architecture & Design:  on the antagonism between female sign Libra and male sign Aries in architecture

Related articles: Buddhist Stupas in Astrology, Libra as the sign of symmetry, Characteristic features of Aries, The Mahabodhi tree in astrology, Libra and Aries – The Oracle of Delphi,

The Mahabodhi Temple Tower in Aries and the difference Libra makes

Another example for a central tower located in Aries is the Mahabodhi Temple at the site of Buddha`s enlightenment. The Mahabodhi (literally: Temple of Awakening) Temple in Bodh Gaya was first constructed in the 3rd century BC. The current structure is as old as the 5th century AD.

Astrogeographical resonance coordinates of the site for morphogenetic field level 4 (exact position) of the temple which describes the energetical topics of the building itself: the site has one resonance coordinate in dynamic, male fire sign Aries the sign of action, speed, warfare, ignition, erection and mobilization. The 2nd coordinate is located in service orientated air sign Libra the sign of harmony, balance, beauty, symmetry, openness and angels.

The resonance coordinate for morphogenetic field level 3 – the next larger size level of fields has both coordinates in highly relaxed, mystic, spiritual water sign Pisces the sign of the spiritual plane and of temples as such. The position in Pisces stands for the importance of the site as a spiritual temple of nature dedicated to deep relaxation, letting go of control, the past, duties and of the attitudes and routines of everyday life. This aspect is not particularly reflected in the architecture but rather in the importance of the site for the re-connection with spirituality through meditation and Buddhism.

The temple consists of a central tower with an ornamentation that resembles a typical Hindu temple tower, but with a conical, sharp, stupa-like tip.

The tower is placed on a square platform with 4 equally tall small towers occupying the 4 corners. The central position of the tower is a clearest element of design often found in Aries. The attempt to ground the tower by creating a balance between the central main tower and the surroundings area by the 4 corner towers and the symmetrical, square design and decoration is symptomatic of the presence of Libra. Compare:  Libra as the sign of symmetry.

The difference to Halgrimskirkja (Aries with Aquarius) lies in the decoration and the “relativization” of the main tower by the corner towers. These elements take away some of the acuteness and single-dimensionality of the image created by the design of Halgrimskirkja.