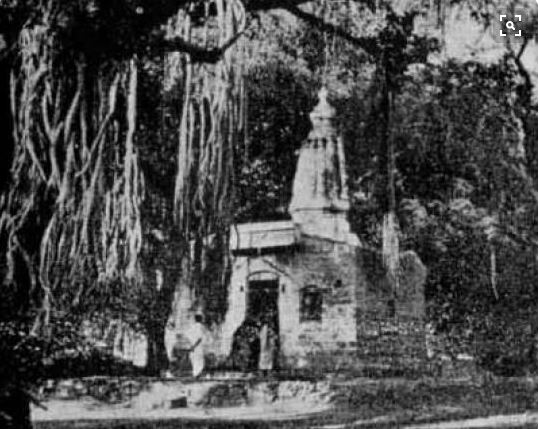 Shirdi Sai Baba was an Indian saint,  spiritual master and an archetypal indian “fakir” (poor man) who was beyond all religions. Sai Baba’s real name and birth place are unknown. Some sources mention that he was born on September 28, 1835 or 1836 with the sun in Libra.

In the style of a serious Hinduistic Sadhu Sai Baba of Shirdi refused to provide information about his birth date, name, place, caste and the religion of his ancestor lines. His astrological birth data as shown in the astrological chart above appears like a partly plausible astrological reconstruction of his birth chart by a professional astrologer. The really strong and serious Mars- Mercury-Saturn conjunction provides an explanation for personal reasons why he would act so independently and  also why he would not provide data about himself or refuse to function like a typical indian guru. The moon in Sagittarius the sign of success, luxury and brahmin culture is not particularly plausible to me. But it does offer an explanation of his work as a healer and shaman for the people who came to see him. The 5 planets in service-orientated air sign Libra the sign of openness, relationships orientation and of angels reflect the readiness to help and serve these people.

Astrogeographic position of Shirdi Sai Baba Temple in Shirdi, Maharashtra for morphogenetiic field level 4 which describes the atmosphere, energetical situation and function of the temple itself: the temple has both coordinates in creative, innovative, wholistic, spiritual air sign Aquarius sign of the sky, heaven, paradise, self-liberation, castelessness, saddhus, abstraction, holistic perspectives and alternative projects, non-duality, spiritual quest and reconnection with the fuller potentials of humans. Aquarius is the resonator for Shirdi Sai Babas spiritual position as a seeker of the essence and truth beyond esoteric and pseudoreligious propaganda, dogma, commercial religion and staking territories in the mystical world and on the spiritual plane.

During and after his lifetime Shirdi Sai Baba was revered by both Hindus and Muslims. The way he wore his clothes resembled rather a Sufi initiate than a Hindu saddhu.  And even though he never revealed to his followers wether he was a muslim or a hindu it can be assumed that he had a strong relation to a muslim background. He lived in the ruins of a small muslim monastery but gave to it the purely hinduistic name “Dwarkamai”. The name is of high symbolic meaning as it refers to the Holy City of Dwarka the ancient capital of Lord Krishna in the State of  Gujarat located at the Arabian Sea.  “Mai” means mother. The important Dwarkadeesh Temple at Dwarka had been destroyed by the Gujarat Sultan Mahmud Begada In 1473 in the name of Islam.

Dwarakadheesh Temple is a Hindu temple dedicated to the god Krishna worshipped here as Dwarkadhish the ‘King of Dwarka’. The main shrine called Jagat Mandir is said to have been built in the 2nd or 1st centuries BC was enlarged in the 15th- 16th century AD.

Astrogeographic position of the Dwarkadeesh Temple for morphogenetiic field level 4 which describes the atmosphere, energetical situation and function of the temple itself: the site of the magicalDwarkadeesh Temple is located in the two Venus signs. The astrogeographical longitude falls in service orientated, aristocratic air sign Libra sign of openness, relationship. harmony, balance, peace, justice, beauty, decoration and angels. The resonance degree for the astrogeographical latitude lies in playful air sign Gemini sign of learning, communication, playfulness, curiousity, teaching, symbols, signposts, intelligence and adolescence.

The supragregional astrogeographical resonance coordinates (field level 1) for Vrindavan are 28°Taurus something like the climax degree of Taurus`as the sign of cows and cowland and at 3° in Virgo the sign of Hindu culture, yoga, self-healing and the science of vedanta.

India & Hindu temples in my astrogeography blog: The Mahabodhi Temple Tower in Aries and the difference Libra makes, The Swaminarayana cult – an Astrogeographical Study of a modern Hindu Sect, The Hindu Gods Vishnu and Narayana in astrogeography, The Shakti Peetha shrines, The Sites of the 12 Jyotirlinga in Astrology,   The source of the river Ganges in Cancer-Scorpio, Sri Amarnath Shiva Lingam in Aries with Cancer, Shiva in two water signs, North Sentinel Island the most isolated tribal population on the planet, Pashupatinath Temple in Kathmandu,  Gemini and Aries – A Statue of Hanuman, The Rock Fortress of Sigiriya, Sri Gomateshvara – A Bath of Milk and Honey, Astrology & Sacred Sites: The Golden Temple, Krishna`s Birthplace, The Temple of Buddha`s Illumination, Taurus and Scorpio – The Taj Mahal in Agra, Temples of the Sun and the Planets in India, Aquarius the sign of India`s only Radha Rani Temple, Kandariya Mahadeva Temple in Khajuraho, The Mystical Buddhist Monastery of Nalanda in Astrogeography, The Navagraha Temples for the planets in Hindu Astrology and other places related to Nadi Astrology, A Kali Temple in Libra the Sign of the Angels, Meenakshi Aman Temple in astrogeography, The Rock Fortress of Sigiriya, Jokhang Temple in the Tibetan capital Lhasa, Gemini & Virgo Samye Gompa the oldest monastery in Tibet, The White Horse Temple – The first Buddhist Temple in China, The 2015 Ratchaprasong bombing in astrogeography, Murugan – A god of War in Aries the sign of Warfare