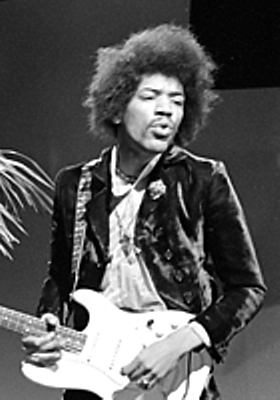 Jimi Hendrix` stay in Ringo`s apartment at 34, Montagu Square, London. Astrology, People and Places: the astrogeographical position of the apartment in relation to the birth chart and the story behind the song “The Wind Cries Mary”.

Jimi Hendrix lived in a small apartment at 34 Montagu Square in Marylebone, London that he subrented from Beatles drummer Ringo Starr between December 1966 and March 1967. his stay ended “when Ringo evicted him for throwing whitewash over the walls while on an acid trip”. The apartment has a place in music history as Jimi wrote “The Wind cries Mary” (listen) here. Jimi is said to have written the song “following an argument he had with (his girlfriend) Kathy (her middle name was Mary) over her ability to cook. Kathy stormed out. The song was released in May 1967 and reached No. 6 on the British charts” (mashable.com). Apart from  Kathy “Mary” could refer also to the streets of the Marylebone area. Paul Mc Cartney created several Beatles demos at the apartment and John Lennon stayed here with Yoko Ono for a while.

Astrogeographical resonance coordinates of the apartment for morphogenetic field level 4 (exact adress) which describe the atmosphere of the house itself: The apartment at 34 Montagu Square, in Marylebone, London is located in earth sign Capricorn and in the last decade of fire sign Aries. Capricorn

The coordinate in Capricorn stimulates the 1st house in Jimi Hendrix`s birth chart and the coordinate in Aries house 4. This constellation was really personal for him and should have supported his personal needs, regards, emotionality and energetical independence.  It is a clear indication that Jimi was quite settled and comparatively grounded in London during that period and that living at the apartment helped him in doing his own thing.

When Jimi Hendrix moved into the apartment in December 1966 Mars as the ruler of the astrogeographic coordinate in Aries and thus of  the 4th house (house of home) in Jimi`s birth chart was entering Libra and so triggering Neptune`s position in house 9 in his birth chart. There are two rather different sides of the coin to this transit:  Neptune stands for the reconnection with the spiritual plane and the soul and therefore supports doing our own thing, self finding, arttistic self-expression and letting go of what we don`t need any more. But at the same time when the  ruler of the house of emotional independence and individuality (house 4) meets Neptune this can stimulate a deeper process of searching for the real valid origins of ones self identification that transgress physical self-finding and particularly those patterns of personal emotionality that have beome impediments to self-finding. During the process of his transit Mars turned retrograde on 6 March 1967 at 3° Scorpio.  This must have been the energetical turning point of Jimi Hendrix`s stay at Ringo`s apartment and the moment when it occured to him that the walls could do with a whitewash.

In astrogeographic field studies white is the most important colour of Capricorn as the sign of the rebirth of light in winter, calcium, bones and of light against darkness. The white colour has several indications here: as Capricorn represents one coordinate of the place and this coordinate was in the first house (house of one`s own personality and ego) in Jimi`s birth chart it could indicate that he had a feeling of taking over the place as his own and that was what actually disturbed or frightened Ringo Starr. And secondly on a general level throwing (or rather painting) white colour on the walls can help to wipe out habitual memories (demons) accumulated in the past that dwell in buildings and block the flow of life, light, chi and prana in rooms.

Anyway the fact that Jimi used white colour also implies that he acted in harmonious resonance with the Capricorn topics of the place.

It is no secret that the aspect of english culture which relates to the sign of Cancer the sign of emotional authenticity, islands, motherhood, caves and wombs can habitually turn out as a highly conservative aspect in regard to storing and keeping old energies (paints, wall papers and so on) in houses. Ringo Starr with the Sun in Cancer – the opposite sign of capricorn the indicator for white colour could possibly have felt Jimi`s idea to throw whitewash at the walls as an attack on these moods, memories and/or ways of living. From a psychological as well as from an artistic point of view throwing white colour on the walls would be interpreted as a gesture of bringing light to a place and of washing away or even exorcising old energies. But at the same time it may be plausible that Ringo Starr felt it as an attack on his own cultural associations, habits or emotionality.

At the site of the  apartment at 34 Montagu Square in Marylebone, London the coordinate in Aries falls in the first house of Ringo`s birth chart stimulating action, doing what one wants, self-defense and self-identification with the place. The coordinate in the 2nd half of Capricorn falls in the 11th house the house of self-finding , emancipation and escaping from the  past.

During the period (Dec 1966-Mar 1967)  of Jimi Hendrix stay at 34 Montagu Square Mars between 0° Libra and 3° Scorpio fell in house 7 (including a square to the Sun) the house of openness to relationships of Ringo`s birth chart indicating the subconsious expectation and search for attacks from partners. The retrograde movement of Mars as co-ruler of house 1 in house 7 at the beginning of March 1967 therefore indicates a moment when by evicting someone from his apartment Ringo could free himself from the fears of feeling (without necessarily being) attacked.

A broom is drearly sweeping
Of the broken pieces of yesterdays life
Somewhere a queen is weeping
Somewhere a king has no wife
And the wind it cries MaryTHE TRAFFIC lights they a turn blue tomorrow
And shine the emptiness down on my bed
The tiny island sags down the street
Cause the life that lives is dead
And the wind screams Mary.Will the wind every remember
The names it has blown in the past
And with this crush it’s old age and it’s wisdom
It whisper no this will be the last
And the wind cries Mary