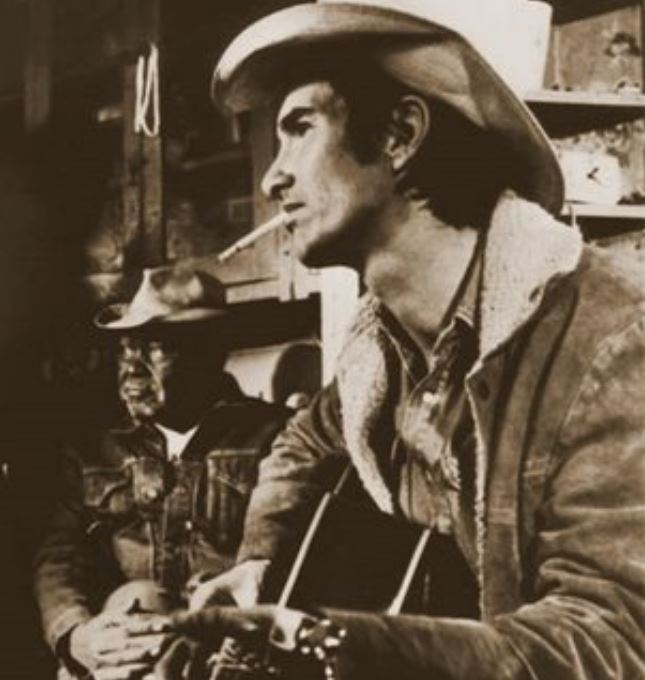 I personally see Pisces as the actual sign of music itself. It relates sound to all spheres where it could possibly be effective including parallel universes and the cosmic morphic field.

Townes van Zandt born March 7, 1944 in Fort Worth Texas is my favourite singer born with the Sun in Pisces. I feel his lyrics so fresh like purest water. It took him 40 years or so to drown that inner spring in alcohol and drugs. Waiting around to die  – according to his own words the “first song I ever wrote” at the age of 15 or so says it all. That song describes Pisces as a situation where all the perspectives, illusions and solutions of dealing with one`s individual potentials in life are included in the vision of one`s future right from the start. The perception of the fuller tragedy of this point of view is unique in Pisces the 12th and highest stage of development and perception in the zodiacal cycle. Pisces tends to deal with that perspective through a larger range of methods including high flexibility, moving faster, neglection, ignorance. forgetting, dreaming or the help of alcohol.

Townes` birth chart reveals a highly sensitive and escapist approach to all things related to stability and materialism through Venus in Pisces and in the 12th sign from the sun. At the same time the extremely stubborn Mars-Saturn conjunction – a constellation of a soldier´s life in Gemini the sign of US american culture includes the full amount of dilapidation caused by the American dream & cowboy society and the memory of the tragic fates of its victims piling up like garbage of US society on the american land.

The song Big Country Blues is the most intense description of that feeling you could find.

“Heard They`re moving Pisces (essence) into June” which means into Gemini the sign of cleverness is a line from the song “Ritz”.  Steve Harley was born on 27 February 1951 with the Sun in Pisces in exact trine to Uranus in Cancer the sign of emotional authenticity and independence. Steve´s relationship to air sign Gemini the sign of the functional meaning of language and as a square a conflicting aspect in relationship to Gemini can be understood by the position of Lilith in Gemini in his birth chart. Lilith is the “planetary” indicator for unreflected, suppressed and traumatic aspects of personal emotionality.

Pisces as the sign of spirituality: George Harrison was born on 24 February 1943 at 23:42 in Liverpool, England with the Moon in Scorpio on his last degree in Libra ascendant. His decision for a classical religion may have been for the sake of the search for a final and secure spiritual shelter. And the close relation to comparatively dogmatic hindu sects such as Bhaktivedanta Swami`s ISCON and Maharishi Mahesh Yogi`s TM organisation may be criticized for several reasons. But the more straightforward and general attitude to relate to spirituality should have provided his Pisces sun with a background of spiritual connectedness that went far beyond the competetion between single religious sects and creeds.

The path to spiritual healing was certainly by no means shorter for east german “Wunderkind” Nina Hagen who was born 11 March 1955 at 17:30 in Berlin with an almost classical Grand Trine (constellation of complete emotional self-sufficiency) of the Sun with Jupiter and Saturn in the three water signs. Her performances of hindu spiritual songs are in several ways a major climax in her development as a musician as well as in her personality.

Johnny Cash didn`t really make the way to a religious spirituality. He was born on 26 February 1932 at 07:30 in Kingsland, Arkansas with the Sun and Ascendant in Pisces and the Moon in Scorpio.

Curt Cobain was born witht he Sun in the first degrees of Pisces and a Grand trine of Venus, Jupiter and Neptune in the water signs too on 20 February 1967 at 19:38 in Aberdeen, Washington, USA. Like Neil Young expressed it (“Thanks to Curt Cobain for reminding me….”) Curt Cobain endured the pain of neglection of the suffering I of the songwriter bringing back the allowance for it. That particular authority of Kurt Cobain is what made a song with a title like “Smells like Teen Spirit” so profoundly important in the history of rock music.

Tom Rapp was one of the purest voices of singers and songwriters that I have heard so far.

Enrico Caruso was born 27 February 1873 in Naples Italy during a new moon in the first decade of Pisces the sign of music and spirituality and supposedly with Neptune its planetary representative on the IC making it the strongest position in his chart.