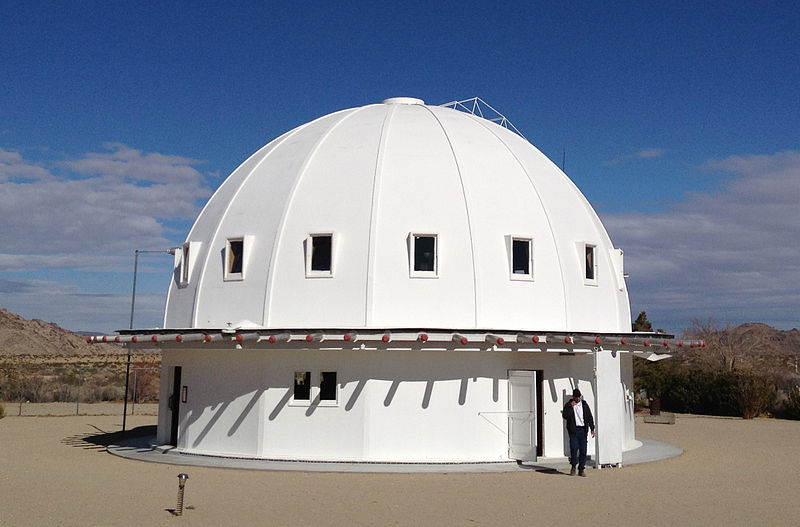 Compare: An astrogeographical typology of monolithic domes, The Egg on top of Dali´s House in Cancer – and other examples for Cancer as the sign of eggs and the uterus,  Cancer as the Sign of Seashells in architecture, Pisces and Scorpio – Rudolf Steiner`s Goetheanum, Astrology & Magical Places: Joshua Tree National Park,

Astrogeographic position of the Integraton for morphogenetic field level 4 which describes the atmosphere, function and energetical situation of the building: the astrogeographical longitude coordinate of the building itself lies on the first 3 degrees of neutral air sign Gemini the sign of signposts, symbols, learning, teaching, information, experiments, technology and practical magic. The astrogeographical latitude coordinate is located right in the center of female, emotional water sign Cancer the sign the moon, the uterus, motherhood, feeling at home, fertility, pregnancy, emotional individuality & authenticity in modern art and culture. The dome structure is typical for Cancer.

From the wikipedia article: “According to van Tassel, the Integratron works through the generation of strong “intermittent magnetic fields” resulting in the generation of plasma in the form of a coronal discharge and negative air ionization inside the building. The Integratron is based on the Multiple Wave Oscillator invented by Georges Lakhovsky. The Multiple Wave Oscillator is a combination of a high voltage Tesla coil and a Split-ring resonator that generates ultra wideband electromagnetic frequencies. Van Tassel speculated that electromagnetism affects biological cells, and believed that every biological cell has a unique resonant electromagnetic frequency (EMF). According to van Tassel, the generation of strong ultra wideband EMF by the Integratron “resonates” with the cell’s frequency and “recharges” the cellular structure as if it were an electrical battery. Van Tassel claimed that human cells “rejuvenated” while inside the structure. Van Tassel claimed the Integratron is intentionally constructed atop a powerful geomagnetic anomaly and its construction is entirely of non-ferromagnetic materials, the equivalent to a modern radome.”

George Van Tassel was born on 12 March 1910 with a Mars – North Node conjunction between 29°Taurus and 0°Gemini on the astrogeographical position of Integraton in Gemini. This astrogeographical position falls in house 8 – the house of mental projections, foreign control and property in his birth chart. The exact conjunction with the North Node indicates that the Integraton project can be seen to have (at least to some extent) have manifested the karmic aim of individual development in George van Tassel evolutionary path.

George Van Tassel had Neptune, the ruler of the Sun in Pisces and indicator for the resonance with one`s own spiritual identity and higher self on 16° Cancer exactly on the astrogeographical longitude coordinate of the Integraton. Neptune´s position in house 9 reflects mental aims and the reflex to compensate a certain paralysis of personal development and self-liberation through the projection of spirituality into personal success through preaching.