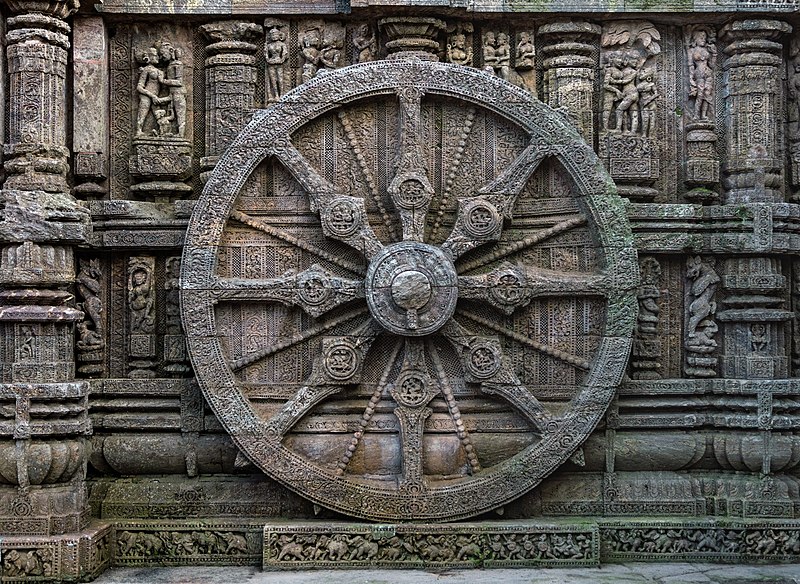 Temples of the Sun and the Planets in India. Astrology and Sacred Sites: temples related to astrology and the planets in astrogeography.

Related articles: The Navagraha Temples for the planets in Hindu astrology, Leo and Capricorn – The Sun Temple of Machu Picchu, Sun Temples Worldwide, Kandariya Mahadeva Temple in Khajuraho, The Cathedral of Brasilia in Leo with Pisces, Aquarius and Leo – The Capital of the Sun God Aten. Stonehenge in Astrologeography, The 7000 years old calendar building of Goseck,

Temples of the Sun and the Planets in India

There are a number of different priorities that Temples of the Sun can stand for:

The Sun Temple of Konark in Orissa is a UNESCO World Heritage site and one of the most elaborate and fascinating temple buildings in India. It`s construction dates back to the 13th century. The remains of the temple complex has the appearance of a 100-foot (30 m) high chariot with immense wheels and horses, all carved from stone

The temple was built as a place of worship for the Sun God Surya. As in the case of the Navagraha Temples its astrogeographic position has no direct resonance with the sign of rulership – neither in tropical nor in sidereal astrology – of the planetary god worshiped here. This indicates that these temples are not built to directly worship the astrological planetary factor reflected by the names of the planets. At least The western half of the temple area that houses the main shrine is located in Aries the sign of exaltation of the Sun.

Martand Surya Temple is an 8th century temple in Anantnag, Kashmir. The central temple with the shrine for the Sun God was surrounded by 84 smaller shrines.

Martanda is the eighth and last of the early Vedic solar deities called  Adityas who were born to the goddess Aditi the personification of the infinite. According to Book 10, Hymn 72 of the  Rigveda the first and oldest of the 4 Vedas Martand was rejected by his mother and sent to back to the circle of reincarnation:

“Eight are the Sons of Aditi who from her body sprang to life. With seven she went to meet the Gods she cast Martanda far away. So with her Seven Sons Aditi went forth to meet the earlier age. She brought Martanda thitherward to spring to life and die again.”

The Sun Temple at Modhera in Gujarat is assumed to have been completed after 1026-27 CE during the reign of Bhima I of the Chaulukya dynasty. The temple is built on 23.6° latitude (approximately near Tropic of Cancer).

Astrogeographical position for morphogenetic field level 4 which describes the energetical topics of the temple itself: the Sun Temple at Modhera has one coordinate located in creative, innovative air sign Aquarius the sign of the sky, heaven, paradise, abstraction, self-finding, inspiration, rain, emancipation , re-connection with the fuller potentials of humans.

It may be examined in how far temples located in Gemini often have a symbolical function to remind or teach society of particular events in political history or even to attempt, develop, present and teach faculties of stone-masonry, construction work, the handling of symbolism and language and to pass on information about mythology, spirituality, religion, psychology or other issues of learning.