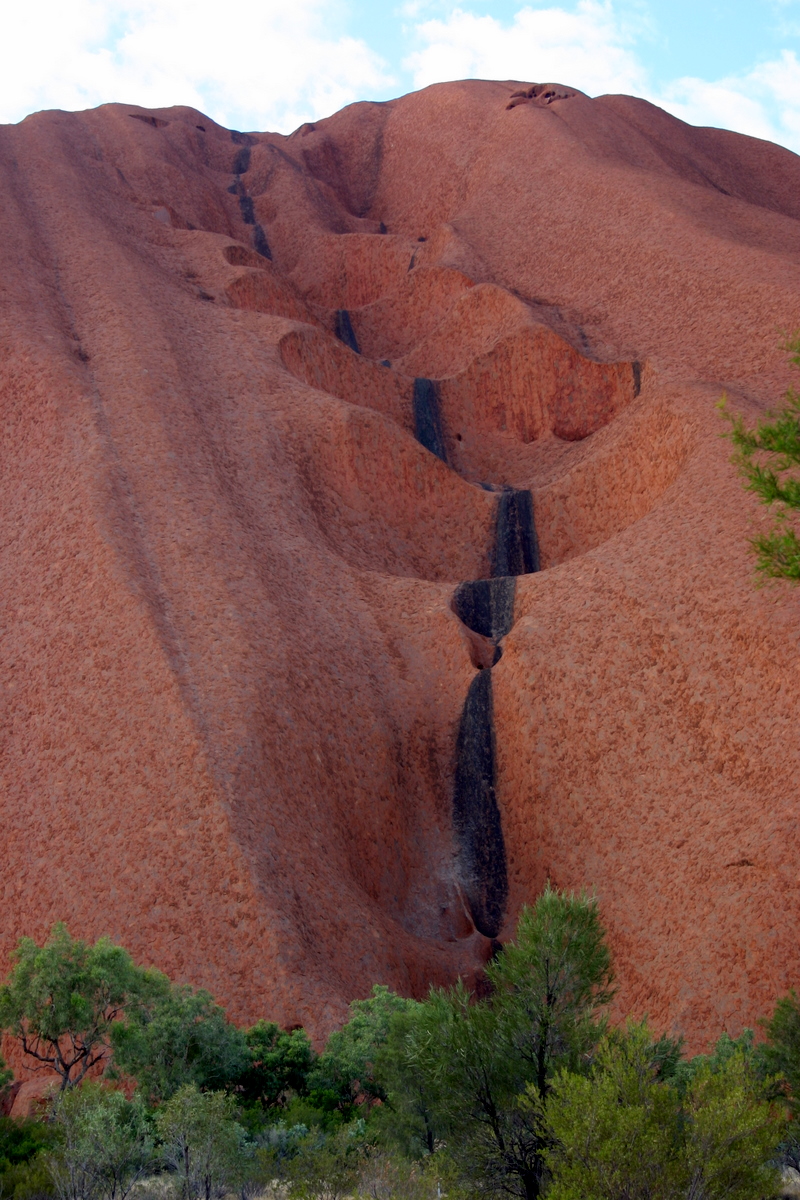 The Magic of Uluru or Ayer`s Rock. Astrology and temples of nature: Uluru the sacred mountain of Australia in the astrological sign combination of fertility and sexuality

The Magic of Ayer`s Rock

Uluru (Ayers Rock) is about 3 km long and up to 2 km wide and has a circumference of about 9 km. The summit is at an absolute height of 863 m and stands out 348 m from from the sand dunes of central Australia. It is the largest island mountain in the world. Uluru is a central shrine of the Aboriginal clan called Anangus in Central Australia

Astrogeographical resonance coordinates of Uluru (Ayers Rock) for morphogenetic field level 2 (city) which describes the energetical topics and atmosphere of the whole of the mountain: the coordinate for the astrogeographical latitude degree is located in self-centered emotional water sign Cancer sign of the moon, motherhood, fertility, pregnancy, the uterus, vagina and testicles, ancestor lines, feeling at home, emotional individuality and identity.

The coordinate for the longitude has nearly all of the mountain in highly magnetic and highly energetic fire sign Leo sign of the sun, light, heart, sexuality, power stations, self-centeredness and emotional self-expression. The eastern end of Uluru is located in self-protective earth sign Virgo sign of reason, health, medicine, healing, protection of nature and plants and an indicator of protected places that allows shelter for spiritual entities of the realms of mother nature such as elves, dwarfs, trolls and others. Because of the enormous size of Uluru morphogenetic level 2 (city) is to be considered here. The fields measured with coordinates for the levels 3 include only parts of the whole mountain.

Uluru is an important resonance site of fertility and sexuality. This can be interpreted from the position in two emotional signs Cancer (sign of motherhood, conception, pregnancy, the uterus and the pre-natal stage) and Leo (sexuality and birth). The Sun as the ruling planet of Leo and the Moon as the ruling planet of Cancer are the two celestial bodies with the strongest gravitational impact on life on earth. This could explain why and in which way sites of power that resonate strongly with these two energies frequently have great charisma and physical as well as emotional impact. Among the four bodies (material, emotional, mental, spiritual) in the system of living beings both signs Cancer and Leo stand for the emotional body thus referring to inner perception, individuality, fertility, pregnancy, birth, emotional individuality and self-expression. In the case of a temple site this could mean that the spiritual aspects referred to here are not of heavenly deities (spiritual plane), projected or ideological entities (mental plane) or for materialistic topics like in temples for sowing and harvest rites (material plane like in Karnak or TianTan).