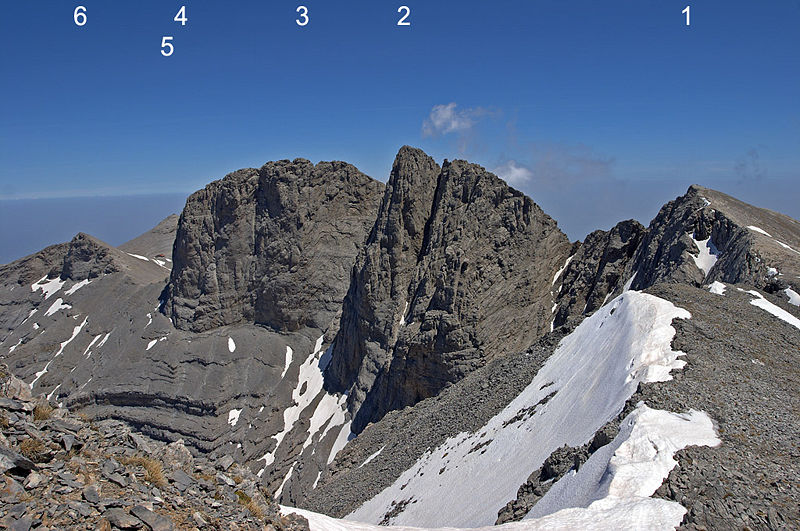 The three steps to Mount Olympus. Astrology & Magical Places – the astrogeographic position of Mount Olympus the dwelling place of the 12 olympean gods.

Compare:The birth place of Poseidon,  Aphrodite`s birth place and the Temple at Aphrodisias,Oracle of Delphi, The magic of prediction in ancient greek culture,The Birth place of Zeus in Jupiter`s sign Sagittarius, Three Steps to Mount Olympus, The Temple of the Eleusinian Mysteries, The Tower of the Winds in Athens, Temple of Neptune in Aquarius with Sagittarius, The Magic of Prediction at Ancient Greek Oracle Places﻿

Spiritually speaking Mount Olympus is the place of the union of the 12 gods and the spiritual principles that they symbolize. This gives us the chance to examine whether and how the astrological coordinates of its geographical position can be understood as indications of the nature of the Greek pantheon as a whole.

Here are the astrogeographic coordinates of Mount Olympus :

The list shows the sign constellations for the different size levels of morphogenetic field according to the holographic structure of subdivisions within the fields.

Level 4:  The 3 highest peaks of Mount Olympus are Mytikas (2918 m), Scolio (2,911 m) and Stefani (2909 m). Stefani in particular is known as the “Throne of Zeus”. The astrogeographical coordinates of Stefani Peak are in creative, innovative air sign Aquarius, the sign of the sky, heaven, paradise, abstraction and of reconnection with the fullest potentials. Solid, hierarchical earth sign Capricorn the sign of mountains, control,  governments. This particluar combination of signs indicates that this peak represents a place where the highest mountgain (Capricorn) meets with the sky (Aquarius). From the earthly perspective this is a possible definition for a gate to the sky and heaven and a place where the gods could step down onto earth from the heavenly realms.

If Zeus as the first in the hierarchy of the male gods was to have his personal site here the indication would be that Aquarius stands for the abstract ponits of view of the god whereas Capricorn would relate to zeus position here as the ruler and government in the spiritual hierarchy.

Zeus is usually understood as representing the principle of Sagittarius as has been traditionally done in astrological literature.  Zeus` place on Mount Olympus is to be sought further north of Stefani in a place below the peaks. Thus this aspect would not describe Zeus to be placed here like a fixed installation on top of Mount Olympus but rather like a movable god and one who ocassionally goes up to enter his heavenly throne here. So Zeus would not fully represent the mystical association of an eternally enthroned God her in the first place. That could help make him least to some extent resemble a human figure or personality, an element which is so highly typical for the legends about Zeus in greek mythology.

Level 3: The combination of Taurus and Cancer for level 3, which shows how the peaks of Mount Olympus are embedded in the surrounding area,  describes the place as home and hearth of the gods dedicated to earthly family life and place that stands for good food and comfort. Taurus and Cancer are aspects of female gods and their combination symbolizes the principle of an Earth Mother or a female ruler of households. This points out a situation where the heavenly house is not dominated by Zeus but by Hera together with Demeter so describing a female heaven.

Level 2 : Pisces and Pisces.  The positions for morphogenetic field level 2 (city) describe the energetical qualities of whole the mountain of Mount Olympus. Both resonance coordinates are located in mystic, spiritzal water sign Pisces the sign of dreaming, imagination, receptivity, spirituality Pisces represents the aspect of the unconscious and thus invisible, and therefore stands for the subtle aspects of reality. Therefore, this constellation reflects the basic principles for an abode of the gods and can be regarded as a fundamental astrological definition of the nature of the divine. Level 2 is the basis in which Level 3 is embedded. Seen in the light of these astrogeographical constellations Mount Olympus could be characterized as a family dwelling (Taurus and Cancer) in the sphere of the divine (Pisces and Pisces). Besides the double constellation of Pisces also indicates that the gods are hiding here in a place where human perception can not reach them. Compare also: Mahabodhi Tree in Bodh Gaya, Pisces and Pisces – Glastonbury Abbey

A comparison of the 3 steps to Mt. Olympus with the olympic medals

Gold, Silver and Bronze Medal – the symbolism of the three olympic medal classes in relation to the astrogeoghraphic constellations of the Sacred Mount Olympus in Greece

Field Level 4: Capricorn-Aquarius – the astrological image of the gate to heaven: describes Stefani (so called: “Throne of Zeus”) one of several peaks of Mount Olympus

The winners of a gold medal reach the top of Mount Olympus where according to mythology the gods dwell. Only the gold medalists have the chance to unite with the gods and become gods themselves.

Field Level 3: Cancer-Taurus – the astrological image of the kitchen & living room of the gods describes how the single peaks of Mount Olympus are embedded in its base

The winners of a silver medal reach the area below the peaks of Mount Olympus and get the chance to receive the highest possible honours for a human.

Field Level 2: Pisces-Pisces – the astrological image of the Holy Land where Mount Olympus lies decribes the base of the mountain

The winners of a bronze medal reach the foot of the massif of Mount Olympus and deserve the right to participate in the wealth of the gods.

The definition and interpretation of the olympic medal classes is my personal one of course!!!