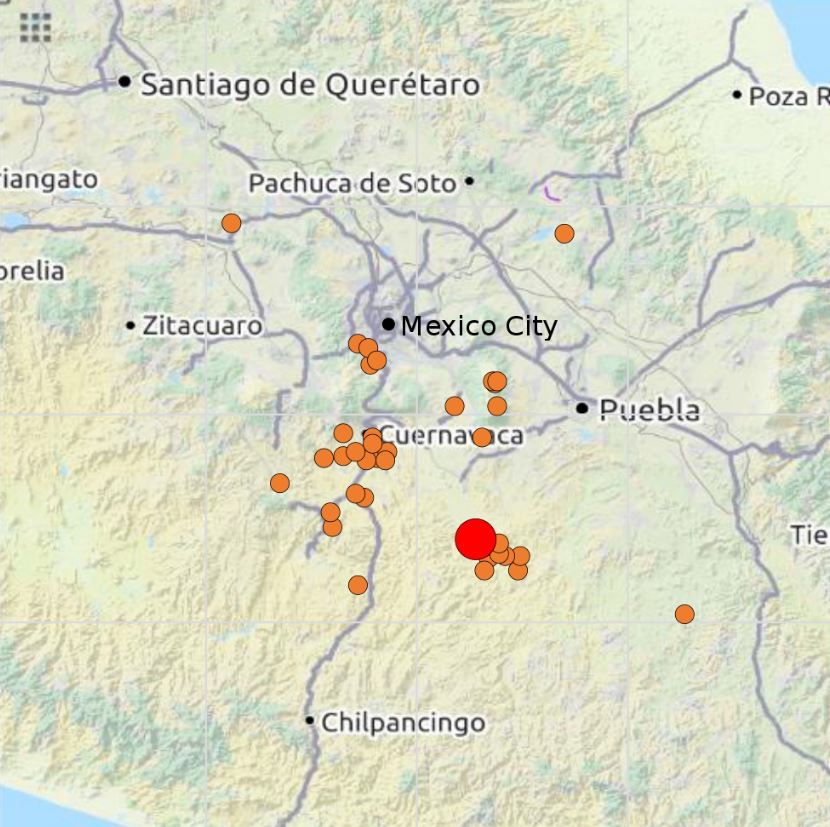 The 2017 Puebla earthquake in astrogeography. Astrology & Earthquakes: Astrological data and analyses data of the 19 September 2017 earthquake in Mexico

The 2017 Puebla earthquake in astrogeography

The 2017 Puebla earthquake occurred on 19 September 2017 at 13:14 CDT  (18:14 UTC)  with a magnitude estimated to be 7.1 approximately 100 km south-east of Greater Mexico City at a depth of 51 km causing damage in the Mexican states of Puebla, Morelos and the Greater Mexico City area.

The quake occurred on the 32nd anniversary of the 1985 Mexico City earthquake, which killed about 10,000 people. The 1985 quake was commemorated with a national earthquake drill at 11 a.m. local time, two hours before the earthquake struck. The event followed a large earthquake off the coast of the state of  Chiapas 11 days earlier

Astrogeographic position of the epicenter for morphogenetic field level 1 which describes the supraregional, international topics of the event:  the epicenter is located at 4°Capricorn and 18°Libra. Pluto `s transit over 17° Capricorn in exact square to the epicenter during the last month seems to be the structural cause behind the event – which appears to have been triggered by the gravitation from the New Moon in Virgo.

The Puebla earthquake occurred during an intense opposition transit between Chiron the ruler of earth sign Virgo exactly on the IC and in Pisces a natural indicator for the instability of material below the earth surface. The New Moon conjunction of the Sun at 27° and Moon at 21° Virgo as the strongest factors of gravity at mid-heaven and in opposition to the site of the epicenters represented the strongest manifest gravitational factors both exerting their gravitational pull in the same direction.

Chiron and the New Moon constellation were in exact square to the Saturn-Lilith conjunction near the ascendant in Sagittarius indicating pressure from lava material from an eastern direction,

The Venus-Uranus trine in between fire signs Leo and Aries seems to have supported a strong an fast movement of solid and semisolid material deep in the ground.