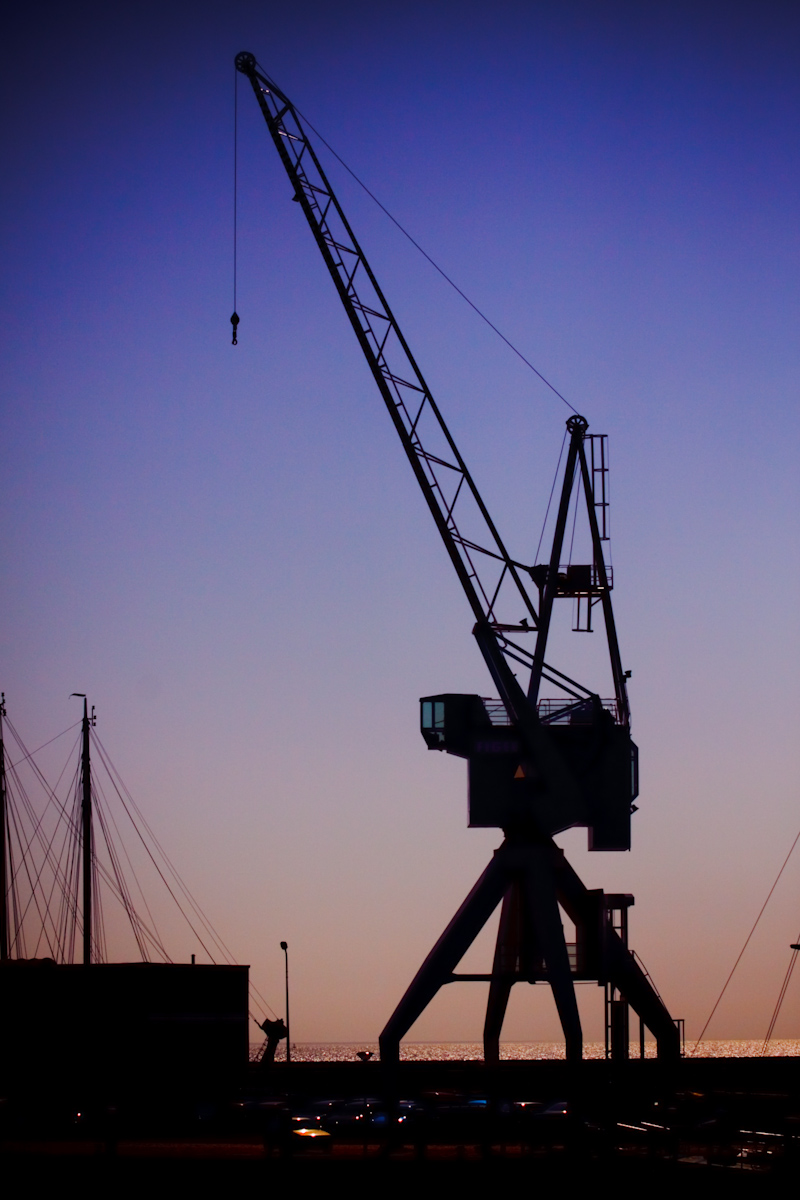 Astrology & Hotels: The Crane Hotel in the port of Harlingen. Shapes of crabs and of water sign Cancer in architecture

Related articles: Cancer as the Sign of Seashells in architecture, Cancer and Virgo – A Steel House, The Egg on top of Dali´s House – Shapes of Cancer,

Shapes of crabs and of water sign Cancer in architecture

An old crane in the dutch seaport town of Harlingen has been turned into a hotel. This change of use also suggested the change of the outlook on the vehicle from a harbor operating machine into a sculpture. The archetypal features of water sign Cancer can be recognized in the shape of ist legs and arms even and in other features of of the image it delivers.

The Crane Hotel in the port of Harlingen, Netherlands is an accomodation in a room in an old crane that`s 150 feet high from the ground level offering amazing views of the surroundings. The rooms are rotatable to 360 degrees and are truly incredible feats of engineering. The design of the room is modern and it is equipped with most of the necessary amenities.

Astrogeographical position for field level 4 which describes the exact position and atmosphere of the hotel itself: the crane is located in the combination of the two water sign Cancer and Scorpio. As the sign of beaches, coasts, river beds, lakes and all places located next to water that represent the natural habitat of crab Cancer naturally resonates with the position inside of a port and next to the sea.

The coordinate in emotional water sign Cancer despite the highly exposed position of the hotel room and the comparatively rough atmosphere of the metal construction suggests the possibility of some kind of a homely and cozy feeling inside of the room. Its Cancer´s correspondence with motherhood, the uterus and the sexual organs which provides Cancer`s emotional home space. This resonates with the fact that crabs carry their homes and shells with them in order to be able to feel at home wherever they move. This perspective on the reflexes at work in the emotionality of Cancer partly contradicts the more static evaluation of that sign from the commercial predictionistic type of astrology which reduces Cancer to the fearful projection of its emotionality onto the outside world and stability provided by circumstances like family, house or home town. But there is a fuller dimension in the potential of the Cancer archetype which particularly in.architecture reveals its strong relationship to modernity and a tendency for anti-traditionalism. Cancer learns to seek to feel at home inside of its individual self-protection when the individual has gone through the experiences of separation as a kind of birth process which brings emancipation from consuming emotional projection onto the symbols of the feeling of belonging to others.
Crab and snail house represent this dimension of maturity of water sign Cancer.

The archetypal image of Scorpio is in a number of ways parallel to the Cancer archetype. This can effect the harmonious stimulation of the topics of Cancer when Scorpio is added to it. As the sign of steel production, welding, alchemy and metal it strongly reflects the visible metal construction, the steel enforced concrete of which the harbor is built along with the ships and tanks. The turning of the crane into a hotel brings out another aspect of Scorpio. Its role as the sign of sculpting. the image of the crane can so be associated with the depiction of the metal monster that it is.
And furthermore through the “alchemy” of Scorpio with Cancer an emotional perspective is supported which allows looking at the crane along with the ships in the harbor as animated beings or at least as visualizations of such.