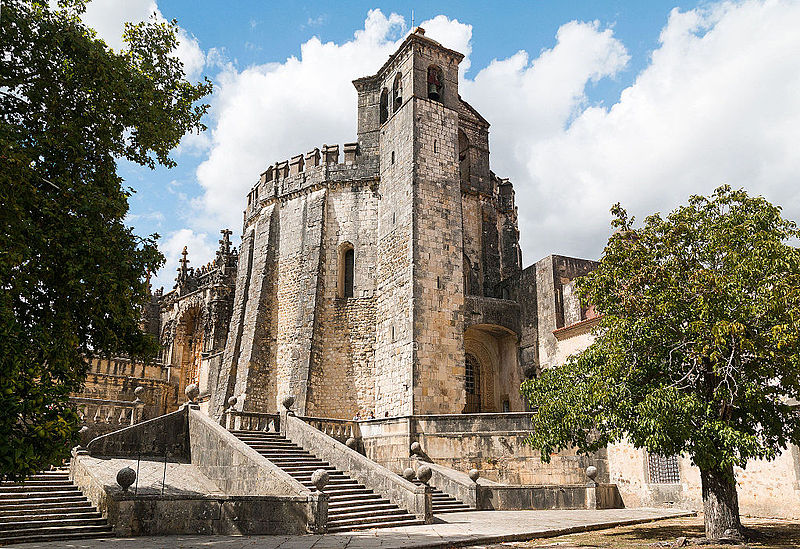 The Temple Church in London was built in late 12th-century by the Knights Templar as their English headquarters. During the reign of King John Lackland (1199–1216) it served as the royal treasury, supported by the Knights Templars as proto-international bankers. Today it is jointly owned by the Inner Temple and Middle Temple Inns of Court, bases of the English legal profession. Temple Church is famous for being a round church, a common design feature for Knights Templar churches, and for its 13th and 14th century stone effigies

Astrogeographical position for morphogenetic field level 4 which describes the atmosphere and energetical topics of the Church Temple itself: both astrogeographical coordinates are located in dynamic, mental fire sign Sagittarius the sign of thinking, style, design, fashion, luxury, success, expansion, shamanism, preaching, travelling, philosophy, thinking, harems and the priest castes. Sagittarius is the resonating factor for the round shape of the tower. And as the sign of shamanism and priests Sagittarius relates also to the role of the Temple Church as a central site for initiation rituals. Sagittarius stands for the phase of extreme success in the development of the Knights Templar when the order had established as an international banking society.

The design of the Temple Church clearly reflects the design of the Convent of Christ at Tomar, Portugal  built in 1160. The convent church is located in earth sign Taurus the sign money and possession of territory along with highly, alert, defensive water sign Scorpio the sign of strongholds.

Sagittarius as an indicator for the Order of the Knights Templar

Sagittarius is definitely not the only possible astrological resonator for the Knights Templars. But there are several aspects of the order which are to be understood as in direct relation to this sign: first of all its expansionism and rapid expansion, its internationalist status and aim to travel far, the instrumentalization of religion, the formation of a European temple priest caste directly related to the temple in Jerusalem as suggested by its name, the order`s dedication to a pseudo-religious war based on the preaching propaganda and not for defense nor conquering actual territory.

The foundation chart for the Knight`s Templar below is based on lengends and speculation. I spend quite some time in Berlin historical libraries during the 1990ies trying to get closer to the date of the foundation. The chart is based on the legend of the swearing in of the first 8 members by Hugues de Payens outside the Temple in Jerusalem shortly after midnight on 13 January 1120 Julian date. For more speculative information see the wiki article on the history of the Order of the Knights Templar. The 13 January date comes from a document from the Council of Troyes where the order was recognized and confirmed in 1129.

In regard to the discussion about the exact date of the foundation I want to state that the position of Jupiter in Aquarius is highly probable for several reasons: first of all because the founders were not part of the establishment (Capricorn). The Knights Templar originally were a group in search of a new vision of a spiritual congregation. In the beginning they were rather an order of poor knights than an establishment orientated congregation. And that´s what they called themselves: Poor Fellow-Soldiers of Christ. They broke with christian traditions in the sense that they formed a soldier monk caste. The impact of this idea was so strong it threatened the hierarchy not only inside the catholic church but also in the countries in which they were active. And one of their ideals surely was spreading globalization. One example for that is the international banking system introduced by the Knights Templar. It was this aspect which made the temple building inside of the City of London so important. As London was to become the world`s first capital of globalization and hyper-capitalism.

The Knights Templar Chapels at Laon and Metz

The  octagonal Knights Templar Chapel of Metz was built during the second half of the 12th century with its design taken from the earlier Chapel of Laon. The astrogeographic position for morphogenetic field level 4 falls in dynamic male fire sign Aries sign of action, warfare, knights, soldiers and highly energetic fire sign Leo sign of the sun, light, emotional self-centeredness.

2 thoughts on “The London Temple in astrogeography”