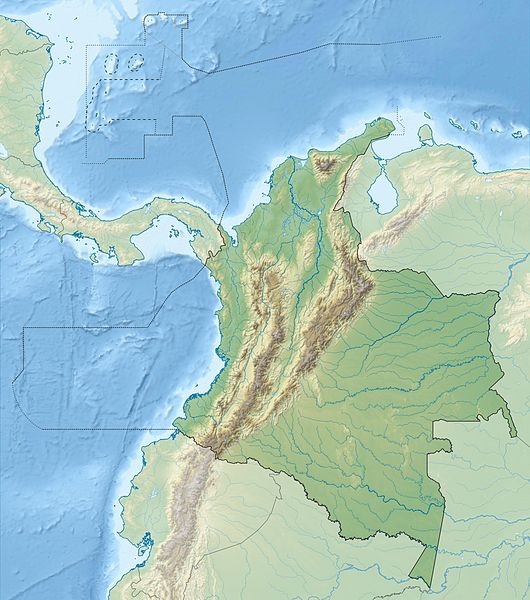 The 2017 Mocoa landslide occurred during the pre-dawn hours of 1 April 2017, when locally heavy rain triggered flash flooding and landslides in the city of Mocoa, in the Andes Mountains in the Putumayo department of Colombia, killing at least 262 people. Throughout much of the first three months of 2017, the northwestern coast of South America saw above-average rainfall, leading to deadly floods in Peru and Ecuador. The Mocoa landslide occurred after heaviest rainfalls between 23:00-1:00 around midnight on 31 March – 1 April across southwestern Colombia. By 3:00 mud flows caused by overflowing rivers reached the town area of Mocoa.  Neighborhoods built along the banks of local rivers were completely devastated.

Astrogeographical position of Mocoa for morphogenetic field level 1 which describes the supraregional, international resonance of the City of Mocoa: one coordinate of Mocoa lies at 2° of spiritual water sign Pisces a degree known for the topic of drowning, flooding, instability of structures, depression, outcasts, poisoning and minorities. The 2nd coordinate lies at 10° in emotional water sign Cancer.

The South Node Ketu was exactly conjunct the 2° Pisces astrogeographic position of Mocoa during the landslide pointing at the topic of acculumated effects from corruption, neglection and unsolved social and political issues as the cause of the disastrous effects of the flood. The victims were the poorest part of the local population, who ignored the danger from floods near the river banks.

The ascendant in Aquarius the sign  of rainfall  accompanied by Neptune the ruler of open waters in house 1 stand for the intense rainfall as the cause for the landslides. Uranus the ascendant ruler´s position between house 2 (solid ground) and house 3 (roads and moving)  stands for the topic of the moving of solid ground – especially as Mars and Mercury in Taurus the sign of the earth and solid material was in movable 3rd house. At the same time the Moon in house 4 the house of the ground beneath the surface stood for the already soaked earth.