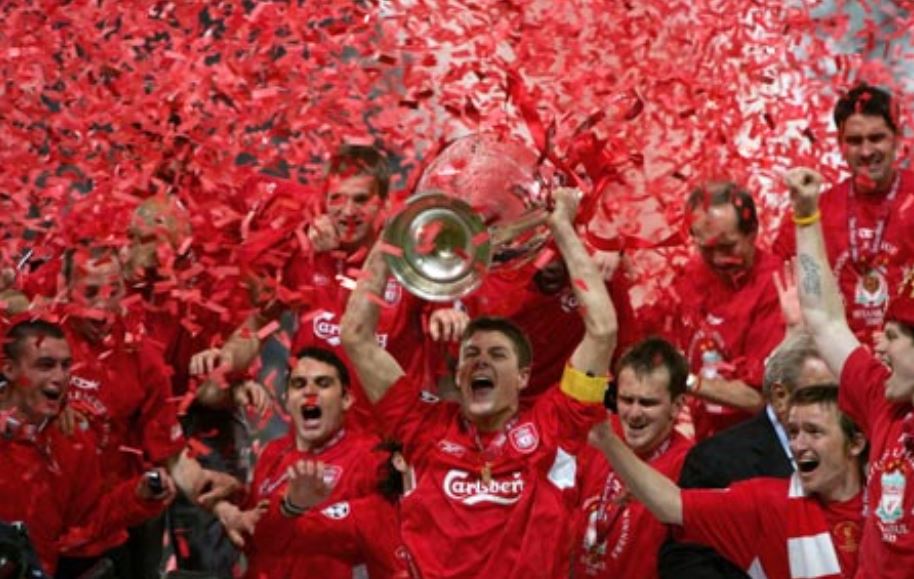 Liverpool FC was founded in a place located in emotional water sign Cancer the sign of feeling at home, emotional roots & authenticity and the most important astrological indicator for english culture.

Liverpool FC was founded on 30 March 1892 in the former Neptune Hotel at Clayton Square. Although officially the date of the registration of the new club on 3 June 1892 is taken as the official birth date the foundation was done 2 months before that.
Sources: playupliverpool blog and Liverpool FC site.

Astrogeographic position of Neptune Hotel for field level 4 which describes the atmosphere of the hotel itself: one coordinate is located in highly alert, defensive, hierarchical water sign Scorpio the sign of perception, imaging, strongholds , construction work, welding, alchemy and forging different elements to a stable construct.

The combination of 2 water signs indicates that emotionality is the major topic of the club.

Astrological foundation chart for Liverpool FC calculated for the meeting at Neptune Hotel on 28 March 1892 for sunrise and with equally large house system:

The extremely alert and problematic square of the Sun in Aries the sign of action, speed and fighting with Mars in Capricorn the sign of laws, restrictions and control in the foundation chart for 30 March 1892 is intensely reflected by the astrogeographic positions of Anfield Road Stadium in exactly these two signs.

The Heysel Stadium disaster and the Hillsborough disaster both incidents involving fan riots may be interpreted as being related with this extremely violent aspect in Liverpool`s foundation chart.

The Heysel Stadium Disaster occurred with the South Node (Ketu) indicator of the karmic involvements through unsolved problems in the process of individual self-responsibility at 18° Scorpio right on the Ascendant and conjunct the North Node (Rahu) indicator for the aims of one`s development in the foundation chart of Liverpool F.C..  Astrologically speaking an outstandingly mysterious aspect!! Jupiter at 17° Aquarius was in nearly exact square to the ascendant and South Node position intensely questioning  Liverpool F.C.`s motives – or rather their fan`s motives. As a result Liverpool`s fans alone were blamed for the disaster and english clubs banned from UEFA competitions for 5 years. Astrologically that effect may be explicable by the exchange positions of the North and South Nodes beztween Liverpool F.C`s foundation chart and the Heysel Stadium disaster and also Jupiter´s square.  This indicates that the incident must have helped english football to stop the violence inside the english football stadiums. But of course the italian fans must have had their share in the whole of the disaster too – and the dilapidated state of the stadium was the major functional problem here anyway.

Astrogeographic position for field level 1 which describes the supraregional and international meaning of events in Brussels:  one coordinate is located at 22° of water sign Pisces exactly squared by Mars from 23° Gemini on that day. This aspect shows that the incident occurred as an intense questioning of the situation of the City of Brussels itself as he position of Mars in Gemini the sign of technology, technical standards, openness for new developments and bringing opposite aspects together put the town itself under pressure. The 2nd coordinate of Brussels lies at 8° of water sign Scorpio.

Astrogeographic position for field level 1 which describes the supraregional and nationwide and international meaning of events in Sheffield: Sheffield is located at 11° of earth sign Capricorn and 8° of earth sign Virgo

Comparing the astrological charts for the Heysel Stadium and Hillsborough disasters I was really shocked when find out that the positions of Mars at 21°36` and 22° 49`Gemini were nearly identical.  This coincidence makes it clear that this position in Gemini must have an intense resonance with the topics of the Sun . Mars square in the foundation chart of Liverpool F.C. most probably through the mirrorpoint resonance of these Gemini positions which fell on 7°11`and 8°24`Cancer right near the square position to the Sun at 10° Aries and conjunct Mars at nearly 10° Capricorn in Liverpool F.C.`s foundation chart.

Also equally present in both event charts is the position of the South Node on the Ascendant and the North Node subsequently right on the Descendant.

1989 was the year of the Saturn – Neptune conjunction in Capricorn the sign of control, laws, restrictions and government authorities and as such of the police. And these positions of Saturn at 13°52`and Neptune at 12°23` on that day fell right next to Liverpool F.C.`s natal Mars triggering the clubs problematic issues of fan violence. But on the day of the Hillsborough disaster it was a decision taken by the police (the police is a Capricorn or Saturn analogy) which led to the fatal events: the decision to open Gate C and uncontrollably “flood” the stadium. Flooding is a topic which is closely related to the combination of Saturn the indicator for control,  restricitions, walls, fences, laws and prohibitions with Neptune as  the indicator for the oceans, letting go and giving up control. This can be observed also at the events of the opening of the Berlin Wall by an east german police officer in the same year who when giving order to open up the gates reportedly said “We are flooding now”.

There are many tales to be told about the moments of Liverpool`s success. One particularly spectacular win was the Miracle of istanbul in the Champion`s League Final on 25 May 2005 against italian champion AC Milan. I calculated the astrological chart for the beginning of the second half of the match at 22:45 EEST because the team recovered from a  0:3 in the first half winning in the penalties.

Astrogeographic position for field level 1 which describes the supraregional and nationwide and international meaning of events at Atatürk Olympic Stadium in Istanbul: the area around the stadium is located at 15° of earth sign Capricorn and 5° of water sign Cancer.