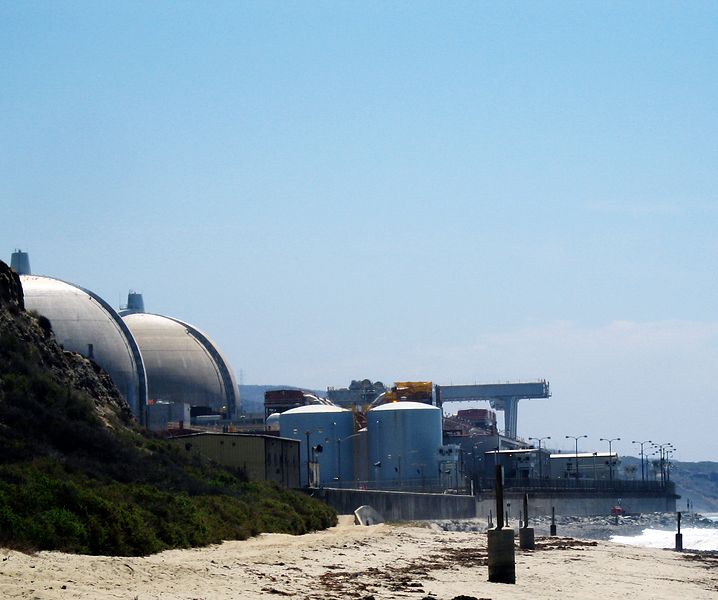 Astrogeographical position of the Nuclear Power Plant of San Onofre. Astrology, history & technical evolution: as short astrological analysis of the Pluto and Uranus transits in relation to San Onofre

Compare: Libra and Libra – The Region of Fukushima, The site of the Chernobyl Reactor in astrogeography, Uranus on Midheaven and in Opposition to Hiroshima

San Onofre nuclear power plant is located between the two Californian cities of Los Angeles and San Diego. Similar to Fukushima it is situated in a highly critical earthquake zone in between two tectonic plates at sea level and right on the beach. The site lies in the combination of the air sign Aquarius (29°) with the earth sign Capricorn (9°). These positions are valid for astrogeographical level 1, which shows the supraregional, international resonance of meaning of the San Onofre nuclear power plant.

I do personally hate astrological forecasts of events and do believe that in the history of mankind astrological predicitons have done more harm than good. Astrologers have tried to manipulate free will and self responsibility of individuals by the use of astrology for thousands of years.
Nevertheless, the upcoming transit of Pluto over the position of San Onofre Nuke plant in March 2012 and again in December 2012 may be mentioned here. I suggest that it should be considered a good astrological constellation to shut down this power plant and invest in solar thermal power plants instead. Anyway, the south of the U.S., has outstandingly great potential for this form of production of electricity.

This astrological transit does not represent the same amount of tension like those to the site of the Fukushima power plant in March 2011 since only one of two coordinates is put under pressure by Pluto. But Uranus in transit will reach a square to the constellation of the site in June 2012 which has to be considered a second astrological aspect of extreme tension. I want to suggest that putting the Nuke Power Plant in question by planning and building alternative energy plants may help to release just exactly that tension here.